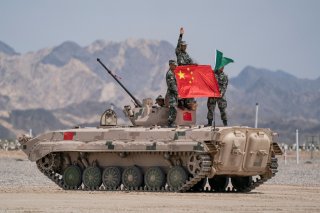 Here's What You Need To Remember: The VT-4 is likely to be a popular export to nations without the budget or political connections to Russia, Europe or the United States, as a “good enough” tank. Then again, similar things were said about the Stingray light tank, for which the Royal Thai Army is also the only user.

Charlie Gao studied political and computer science at Grinnell College and is a frequent commentator on defense and national-security issues. This first appeared in February 2018.