Will Coronavirus Overshadow Prescription Drug Costs Debates in the 2020 Campaign? 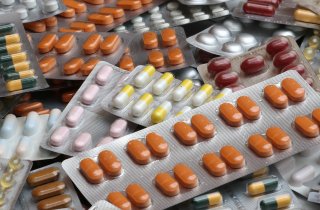 It’s no secret that Americans pay more for prescription drugs than any other developed nation in the world. Per capita spending exceeds US$1,000 a year; the Germans and French pay about half that. For many drugs, prices are dramatically higher than the international average: Dulera, an asthma drug, costs 50 times more, while Januvia, a drug for diabetes, and Combigan, a glaucoma drug, cost about 10 times more.

Politicians on both sides of the aisle have recognized this problem. President Donald Trump has called the situation “wrong” and “unfair”; presumptive Democratic presidential nominee Joe Biden has called to end the “abuse of power” by drug companies while his former competitor Sen. Bernie Sanders has complained about “unfettered capitalism” and “greed.”

So why aren’t prescription drug prices coming down? As a health policy scholar and political scientist, I believe the roadblock to change is the immense political power wielded by the enormously wealthy – and politically powerful – entities within the pharmaceutical supply chain. For decades, they have been reaping tremendous profits. It is not surprising they are now ready to invest those resources to defend their turf. Their power is and will remain a formidable obstacle to reform. And, coronavirus may have given them an assist by diverting attention away from the problem.

Countless studies have shown that Americans pay much more than other citizens of other development nations for their prescription drugs. This high spending on prescription drugs happens even though it does not use more drugs than other countries. The U.S. is also more likely to use generic versions of the drugs. But as I’ve written, much of the discrepancy can be traced back to prices, a central issue plaguing the entire U.S. health care system.

Americans are paying higher prices than anyone else for a number of reasons. First, the U.S. generally lacks any price controls on prescriptions drugs. The largest payer in the system, the federal government, is mostly banned from negotiating prices with pharmaceutical companies. Moreover, the U.S. is one of the few countries that allows direct-to-consumer advertising. Those television commercials you see drive up consumer demand for lots of high-priced drugs. Meantime, the pharmaceutical distribution system, full of complexities, lacks any semblance of transparency. Loopholes, easy to find, are readily used to maximize profits.

Importantly, high prices have a tremendous impact on American families. One in 4 Americans say it’s difficult paying for the prescriptions. One in 5 skip medications because of the cost. No wonder nearly 4 of 5 Americans (79%) consider the cost of prescription drugs unreasonable.

The big influence of Big Health

Five major entities make up the U.S. supply chain. Manufacturers, like Pfizer and Mylan, develop and produce the drugs. They are distributed by pharmacies, like CVS and Walgreens, via wholesalers, like McKesson or Cardinal Health. Health plans – Anthem and Aetna, for example – then contract with pharmacy benefit managers (Express Scripts, Optum Rx) to manage their drug benefits. This includes the development of formularies – that is, the availability and out-of-pocket price of the drugs – and the potential discounts from manufacturers.

Most Americans have probably heard of Anthem or Cigna; they insure millions of people. But far fewer are familiar with McKesson or AmerisourceBergen, despite respective revenues of $208 billion and $168 billion (compared to $92 billion for Anthem and $42 billion for Cigna). Still, it’s clear all entities are making a dollar: Gross profits range from about 70% for manufacturers, to 20% for insurers and pharmacies, to about 5% for pharmacy benefit managers and wholesalers.

That’s enough money to throw a rather large wrench into any attempts at reform. In 2019, the pharmaceutical sector employed about 1,500 lobbyists and spent close to $300 million on lobbying the federal government. According to the Center for Responsive Politics, some of the biggest lobbyists are the pharmaceutical companies Pfizer ($11 million in 2019), Amgen ($11 million), Roche ($10 million), and Bayer ($9 million). Their industry association, the Pharmaceutical Research & Manufacturers of America, kicked in an additional $29 million.

Along for the ride: the pharmacies (CVS, $9.5 million on lobbying; Walgreens, $3.1 million), insurers (BlueCross/Blue Shield, $25.1 million; Centene, $3 million; UnitedHealth, $3.8 million), and pharmacy benefit managers (Cardinal Health, $2.7 million; AmerisourceBergen, $2.4 million; McKesson, $2.1 million). All told, since 2010, they have spent more than $2.5 billion on lobbying and almost $250 million in political contributions to both parties.

With that sort of political clout, any reform proposal to rein in prices is bound to run into significant opposition. This does not mean that policymakers are simply being bought off. But it does mean that pushing reform comes at a political cost.

So where does that leave us?

Any reform proposal that threatens the profits of these powerful entities is a daunting endeavor. The same applies when trying to reform Medicare Advantage, regulate access to medical providers, or protect consumers from surprise medical bills. An even bigger challenge: reforming the underlying structure of the entire health care system.

Most current proposals only nibble at the edges of the problem. This includes the Trump administration’s recent proposal to lower costs by restructuring drug discounts that occur between pharmaceutical companies, health insurers and entities called pharmacy benefit managers. It also includes proposals to import drugs from abroad requires the unlikely cooperation of both drug makers and foreign nations. Even allowing the federal government to negotiate prices for Medicare will not reduce costs for most Americans. Indeed, drug companies are likely to recoup discounts for Medicare by raising prices for everyone else.

Given these challenges, I have previously suggested the U.S. focus on assessing, then publicizing, the cost-effectiveness data and cost-benefit analyses for all drugs. To keep politics out of it, one or more independent research institutes would perform the analyses. Knowing the value provided by specific drugs would benefit consumers, providers and payers – a meaningful first step toward connecting the prices we pay for prescriptions to the value we derive from them.

Long-term, I believe the best approach to reforming the unquestionable shortcomings of the U.S. health care system is an incremental one. Small-scale improvements would eventually expand as the share of government expenditures increase for health care costs. Eventually, once the government is left holding a large enough share of the burden – perhaps roughly two-thirds of all health care expenditures – more progressive, consumer-oriented political incentives will have the power to take on the health care sector.