Will the Growing U.S. Economy Kill the Fourth Stimulus Payment? 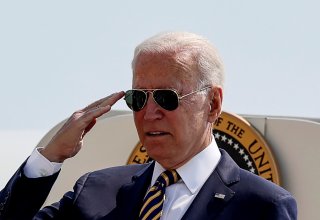 Here's What You Need to Remember: The lessons of 2020—namely, the effectiveness of stimulus payments in staving off disaster—will be remembered for future crises. A Tax Foundation study found that the money provided by the first stimulus check quickly re-entered the economy, with about 75 percent of the dollar value spent right away.

In the early days of the pandemic, as lockdowns began and businesses closed, the Trump administration quickly proposed the CARES Act to keep the U.S. economy afloat. The reason for doing so was clear: the crash in early 2020 was the worst in the history of the United States, even briefly exceeding the 1929 stock market crash. To prevent another Great Depression, Democrats and Republicans worked together to pass the $2.2 trillion legislation, which included a number of provisions designed to support small businesses, including Payback Protection Program (PPP) loans and larger unemployment payments.

However, the most well-known—and most popular—program that was included in the CARES Act was the $1,200 checks sent to all American adults. These checks were successful in inducing cash flow, and they were extremely popular among Americans—to the extent that, at great cost to the United States, two further checks were sent out, a $600 payment in December 2020 and a $1,400 payment in March 2021.

Since March, amid increasing vaccination rates, the economy has begun to recover. Lockdowns around the country have been lifted, and businesses have been reopened. Although a recent spike in Covid-19 cases has resulted, many of the “delta variant,” the U.S. economy’s trend has been upward, calling into question the need for a fourth round of stimulus payments. While the measure secured the support of more than eighty Democratic members of the House of Representatives and the Senate, their advocacy came to nothing; two budget bills have now been introduced in the Senate, neither of which includes funding for a fourth round of checks.

For this reason, it is unlikely that another stimulus payment will occur in 2021. However, the lessons of 2020—namely, the effectiveness of stimulus payments in staving off disaster—will be remembered for future crises. A Tax Foundation study found that the money provided by the first stimulus check quickly re-entered the economy, with about 75 percent of the dollar value spent right away. The second and third payments were less effective, but the evidence appears to be clear that rapid distribution of emergency funding—even if some is accidentally given to the deceased—has a positive economic effect.

Critics of stimulus payments, on the other hand, have argued that the payments are inefficient and the money could be better used in a more deliberate fashion. However, another factor to consider is the political popularity of the payments. American voters like them, and politicians will be incentivized to continue them if they wish to continue winning elections. Covid-19 will pass, but stimulus checks, in one form or another, are likely to remain for a long time.