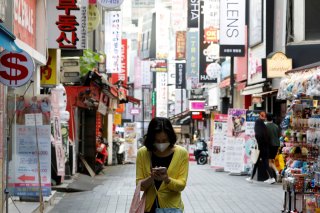 Early in the COVID-19 pandemic, telecommunications network operators reported unprecedented increases in network usage as consumers embraced the realities of life under lockdown. Verizon, for example, reported a 22 percent increase in total data traffic between March 12 and March 19, with demand for streaming video data increasing by 12 percent, web traffic by 20 percent, virtual private network traffic by 30 percent, and online gaming by an enormous 75 percent.

To be sure, the rapid changes in data usage patterns created pressures at certain points of the networks. Operators and the Federal Communications Commission (FCC) were quick to act, making location-specific network upgrades and making extra spectrum available to service specific demands. But for the most part, US networks have held up remarkably well to the demands of a world fighting COVID-19.

Four months later, have those early patterns of increased demand been sustained? If so, do new levels of usage require adjustments to any of the policies or regulatory settings governing the sector?

It is difficult to interpret data from American operators given the widely varying stages and forms of lockdowns across the US. However, insights can be gained from looking at data from New Zealand operators. New Zealand entered the Organisation of Economic Co-operation & Development’s most stringent lockdown on March 25 but, with no evidence of community transmission of the virus, returned to nearly normal commercial and social interactions on June 9.

In the early days of lockdown, New Zealand operators reported even larger increases in traffic volumes than those in the US. Spark, for example, reported an increase of nearly 40 percent on its mobile and wireless networks (60 percent at peak), in part in response to the removal of data caps from all accounts. (Spark holds just shy of 40 percent of the New Zealand mobile market.)

While online video streaming, gaming, and video conferencing volumes have increased, those working remotely have seen few changes in the volume of traffic associated with other work-related applications. The locations data originate from and travel to may have changed from offices to homes, but the amount of data moving has varied little. If anything, it has decreased as economic activity has declined, particularly in the economic sectors hardest hit by COVID-19.

For example, tourism — New Zealand’s largest export earner — is in disarray as the country remains closed to the rest of the world. Data traffic associated with airline, accommodation, and activity bookings has slowed to a trickle. Changes from the newly established usage patterns will thus depend more on economic recovery than on lockdown policy.

Somewhat surprisingly, the biggest “winner” of the lockdown has been voice calling — the part of the industry that had been in steady decline for many years. Vodafone reports a 70 percent increase in voice minutes during the quarter, as customers replace in-person meetings with phone calls. While difficult to link to specific industries or sectors, this increase could be a result of the growth of telehealth or the forced isolation of elderly people, who likely prefer using voice applications over internet-based ones.

Presuming New Zealand usage patterns are indicative for the US, it appears that any policy and regulatory responses should be conditioned on economic factors rather than on lockdown strategies.

It has long been known that the biggest users of data are time-rich (but likely cash-poor) households. With rising unemployment, increases in data usage appear to be here to stay. As fixed-line plans are mostly uncapped, consumers are getting much better value for their money (if prices hold).

While mobile operators removed data caps without changing prices as an act of good faith early in the pandemic, it is unlikely this can continue in the long term. If uncapped plans remain, price increases appear inevitable. Policies addressing mobile access for low-income households might need reviewing — particularly as the number of mobile-only households grows.

Similarly, the FCC might care to revisit the data volumes specified in the Rural Digital Opportunity Plan. The data cap for the lowest-tier plan was set in January to 250 gigabytes per month, but this may be too modest in current times.

It is also apposite to celebrate the robustness of the current regimes and their ability to support new needs and usage patterns. For example, zero-rated access to health apps has become commonplace in locations where such pricing is permitted, allowing millions to access important COVID-19 management information for free. Hopefully, this positive use of a controversial pricing policy is noted by its detractors.

This article first appeared in the AEIdeas blog.