Will the Navy Choose the Arleigh Burke Flight III Over the Large Surface Combatant? 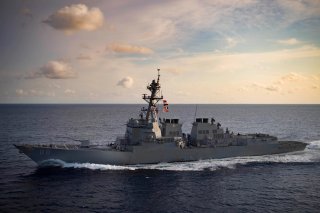 Here's What You Need to Remember: The last time the Navy designed a new surface combatant from the hull up, the result was the Zumwalt class of stealth destroyers. The Navy bought just three Zumwalts for more than $7 billion apiece before canceling production.