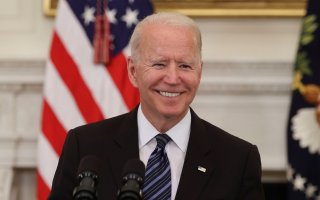 Here's What You Need to Know: Inflation rates have remained high in 2021.

The Senior Citizens League, a senior advocacy group, has estimated that the 2022 increase in Social Security will cause payments to increase by 6.2 percent. This estimate is a slight increase from the group’s July projection, which suggested that the increase would be 6.1 percent.

The caveat, however, is that the increase is not technically an “increase,” but a cost-of-living adjustment, or COLA. Every year, the Social Security Administration issues a COLA to all Social Security beneficiaries’ checks, increasing them by a small percent to offset the effects of inflation. For many seniors living purely on Social Security income, inflation would soon make their buying power far lower without the upward adjustment that COLA provides.

Each year, the COLA increase is tied to the Consumer Price Index (CPI), a measurement taken by the U.S. Bureau of Labor Statistics, an office within the Department of Labor. CPI is measured by taking a basket of goods that most Americans regardless of income purchase, such as bread, utility rates, and movie tickets. By comparing the cost year to year, the change in cost to a sufficiently diversified basket that includes many goods will accurately reflect the nation’s inflation rate.

At 6.2 percent, the projected increase is the largest single-year increase to Social Security payments since 1983, when the payments were adjusted upward by 7.4 percent.

Counterintuitively, while the United States has had an economic downturn because of the coronavirus pandemic, inflation rates have remained very high in 2021—in part because the administrations of Donald Trump and Joe Biden, each attempting to restore cash flow, passed out large amounts of money to nearly all Americans by issuing a series of three stimulus checks.

The official decision regarding the COLA adjustment is made by the Social Security Administration (SSA) in October, based on the data gathered in July, August, and September. For this reason, the potential rate is not set in stone until then and could change depending on new developments.

In October 2020, the SSA’s COLA decision was to raise Social Security payments by 1.3 percent—adding an average of $20 per month to all checks and raising the average to roughly $1,550 per month.

However, as these increases are tied to the prices of goods, it is likely that many seniors’ buying habits will mostly remain unchanged by the increase.