Winston Churchill's Great Blunder: The Battle of Gallipoli Was a Disaster 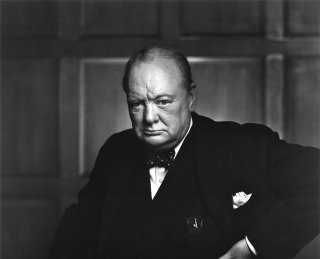 The fighting at Anafarta was the high point of the almost nine-month campaign, although the Allies continued half-hearted attacks throughout September and October.

In the English-speaking world, most students of military history would be hard-pressed to identify the time, place, or antagonists of the Canakkale Campaign. However, they would readily recognize it by its English name—Gallipoli. The Allied troops who went ashore at Gallipoli believed they were fighting for democracy. Few Westerners realized (or at any rate admitted) that their Turkish opponents were fighting for an even higher ideal—they were defending their country. A significant portion of the Turkish soldiers who fought in the Canakkale Campaign were recruited from the towns and villages of the Gallipoli Peninsula. With their families close behind the battle lines, these soldiers were literally fighting for their homes. To them, the Allied soldiers were invaders who had come to defile their country and their Muslim faith.

In 1915, World War I was in its second year. On the Western Front, the inexorable meat grinder of trench warfare had replaced the early war of maneuver. Stalemated British, French, and German armies stared at each other across the scarred Belgian and French countryside. Meanwhile, on the Eastern Front, where operations of Austro-German and Russian armies still maintained some measure of fluidity, things were beginning to bog down there as well. The eyes of both sides turned south, toward the Ottoman Empire. With the Turks firmly in command of both the Dardanelles and Bosporus Straits, a vital supply route between Russia and Western Europe had been cut. Russia needed weapons and munitions from England and France. In turn, those two countries needed Russian food shipments. To England and France, Turkey seemed like the soft underbelly through which a serious blow could be delivered at Germany. The Germans, for their part, were looking for a place to divert British and French efforts and relieve some of the pressure on the Fatherland.

For more than a decade, the German and Ottoman empires had maintained close ties, especially in the military sphere. Shortly before the start of the war, a German military mission of almost 100 officers arrived in Turkey, invited there to overhaul the creaking Ottoman war machine. One of the most senior members of this mission was General Otto Liman von Sanders, who was destined to play a key role in the Gallipoli campaign. When the war started, Turkey initially maintained its neutrality. Then, in an act of either calculated effrontery or callous arrogance, England withheld two battleships it had been building for Turkey. The Turks’ indignation was understandable, since they had already paid for the battleships. Not only was England keeping the vessels, it also refused to return its client’s money.

German warships soon entered the picture. On August 10, 1914, hotly pursued by combined British and French squadrons, two German vessels, Goeben and Breslau, took refuge in Turkish territorial waters. In a sham sale, Turkey acquired the ships from Germany. Re-flagged under Ottoman colors and bearing the new names Midilli and Yavuz, the two ships were still manned by their German crews, who went through the ridiculous charade of wearing fezzes and pretending to be Turks. A rueful pun made the rounds: “Deutschland uber Allah.”

Turkey decided to enter the conflict on the German side. On October 27, the two newly acquired warships sailed into the Black Sea, bombarded several Russian cities on the north shore of the sea, and sank two merchant vessels. Although damage was minimal, Russia immediately declared war on Turkey. Great Britain and France quickly followed suit, and on November 3 combined British and French squadrons bombarded Turkish military installations near the entrance to the Dardanelles Straits, heavily damaging two small forts. Turkey, in turn, formally declared war on England and France. Another country had been drawn into the European bloodbath.

The Ottoman Empire was separated into the European portion and the Asian portion by the narrow Sea of Marmara. The Dardanelles Straits formed the gates to that British lake, the Mediterranean Sea, while the Bosporus Straits guarded the entrance to the Black Sea, dominated by Russia. The Gallipoli Peninsula (anglicized name of the small town of Gelibolu on the European side of the Dardanelles) gave its name to the upcoming campaign in the English-speaking world. The Turks named the campaign after the town of Canakkale, on the Asian side of the straits.

Hoping for a quick knockout blow, the British government planned to force the Dardanelles Straits, enter the Sea of Marmara and bombard the Turkish capital of Istanbul into submission. Original Allied plans drawn up by Winston Churchill, the British First Lord of the Admiralty, called for naval actions alone. However, six months of naval bombardments and raids by marine landing parties did not have much success. The British and French squadrons operated on predictable sailing patterns, and the Turks laid a series of mine fields across their routes. On March 18, Allied naval squadrons received a terrible mauling at the hands of the Turks, resulting in three Allied battleships sunk and three more crippled. The British abruptly changed tactics and placed the Army in charge of forcing the Dardanelles Straits. British General Sir Ian Hamilton was appointed to command the Mediterranean Expeditionary Forces, which included Australian and New Zealand (ANZAC) contingents as well as English.

On March 24, the Turkish premier, Enver Pasha, offered Liman von Sanders command of the Fifth Army, which was being organized to defend the Dardanelles. A typical product of Prussian military upbringing—professional, aloof, and nonpolitical—Liman von Sanders readily accepted the offer and wasted no time departing for his new command. On March 26, he set up headquarters in the small port town of Gallipoli. Efforts to improve defenses at the strategic straits began at once. At the time, the Fifth Army was composed of five divisions deployed along both the European and the Asiatic coasts of the straits. Each division was made up of nine to 12 battalions, each numbering between 800 and 1,000 men. By the time of the Allied landings, another division, the 3rd, had arrived.

The Asian side of the straits, characterized by low hills and large tracts of flatlands, was more susceptible to Allied landings. The coast of the Gallipoli Peninsula on the European side consisted of very mountainous terrain with steep slopes and deep ravines. Immediately behind the beaches, the landscape was dotted with small woods and thickets. Farther inland, the peninsula became flatter and more open for maneuver. Liman von Sanders considered the Asian shore the place most likely to see an Allied landing. It was, however, the most heavily defended sector of the Turkish defenses. The Gallipoli Peninsula, on the other hand, offered only a handful of likely places to land enemy troops. One of them was the southern tip of the peninsula at Sedd-el-Bahr, completely covered by the guns of British warships. After landing there, the next immediate Allied objective inland would be the Achi Baba ridge. From this ridge, the British would be able to put a large part of the Turkish defensive works under fire.

Another likely landing place was on the north side of the Gulf of Saros, at Bulair. From this place to Maidos, the Gallipoli Peninsula is only approximately four miles wide. If the enemy could cut the peninsula along the line from the Gulf of Saros to Maidos, a considerable part of the Ottoman Fifth Army would be cut off and surrounded. In his memoirs, British Seaman Joseph Murray wrote, “No doubt the Turks were wondering exactly where and when we would strike; as invaders it was for us to choose the time and place. The Turks had to remain where they were, ready to defend their homeland.”

Before Liman von Sanders took command of the Fifth Army, the Turkish troops were distributed evenly along the entire perimeter of the Gallipoli Peninsula, without any reserves allocated to halt the enemy in case they breached the shore defenses. Liman von Sanders completely reorganized Turkish deployment. He pulled back the bulk of his troops, leaving company- and platoon-sized detachments to watch the possible landing sites. Since he considered the Gulf of Saros the most likely landing location on the peninsula, Liman von Sanders repositioned the 5th and 7th Divisions close to it. The 9th Division was centered on the southern tip of the peninsula and the 19th Division was placed in strategic reserve in the center. The 3rd and 11th Divisions were allocated to defend the Asiatic side of the straights. By using internal lines of communication, Liman von Sanders would be able to rush reserves to the threatened sectors.

To conceal Turkish redeployments, most movements were done during the night. Work on improving the roads began at once to prepare them for the higher traffic of supplies and reinforcements. To toughen up his troops, grown complacent in their previous static defensive positions, Liman von Sanders ordered them to conduct training marches and maneuvers. This training also had to be conducted at night to shield them from British warships, which would immediately rain shells on any group of Turks, however small.