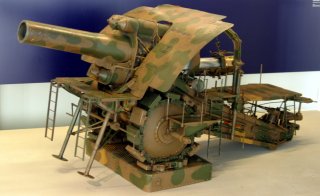 Here's What You Need To Remember: None of these weapons was brand-new; several had already been used in colonial wars. But World War I was the first time that both sides had them. The results were devastating.

Michael Peck is a contributing writer at Foreign Policy and a writer for War is Boring. Follow him on Twitter:@Mipeck1. This first appeared in August 2014.