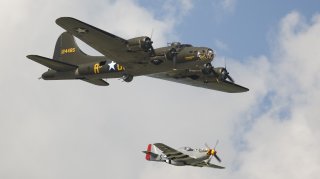 Here's What You Need To Remember: Bombers undoubtedly shaped the course of the Second World War. Moreover, the Allies' strategy for effective bombing radically changed by the end of the war, as did the Luftwaffe's desperate attempts to prevent it.