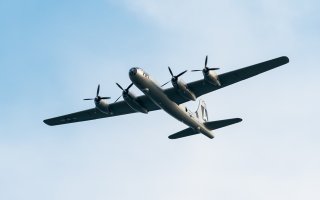 Here's What You Need to Know: This flying bomb concept turned out to be a major failure.

Old B-17 bombers were packed with explosives and turned into flying bombs to take out German U-boat pens and V-2 rocket sites.