World War II: Why Did Japan Lose the Battle of Midway? 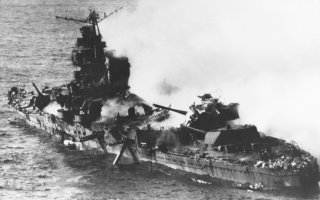 Here's What You Need to Know: Groupthink and doublethink prevailed absent a skeptic to contest the assumptions underlying the wargames.

James Holmes is Professor of Strategy at the Naval War College and coauthor of Red Star over the Pacific. He traveled to Pearl Harbor last month to commemorate the 75th anniversary of Midway on board the battleship Missouri and sites around Oahu. The views voiced here are his alone.