World War III Hell: Here's How A U.S.-China War Might Play Out 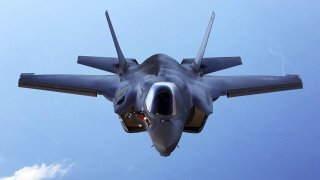 Here's What You Need to Remember: China and the United States will likely remain fixated on each other as potential military competitors for decades to come—but if relations are prudently managed, they won’t have to become actual adversaries in a war.