World War III: How the Senkaku Islands Could Spark a U.S.-China War 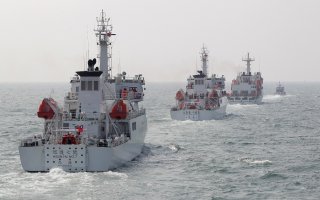 Here's What You Need to Remember: It will be up to the Self-Defense Forces to tap the islands’ natural defenses, much as wise armed forces fortify major bases to ward off seaborne or airborne assault. Whether the JSDF should act is a political decision to be made in Tokyo in consultation with Washington.