The World's 5 Best Handguns: How Much Do You Agree With the List? 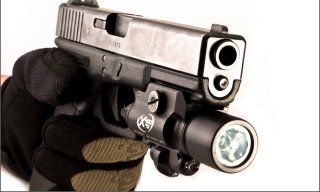 Key point: The bustling global arms trade has resulted in many excellent handguns in the last hundred years. Some of the best handguns are more than a hundred years old, while others have been in production for less than a decade. All are excellent weapons for defense, and in some cases offense; they are equally at home in a homeowner’s gun safe or carried as an officer’s sidearm. Here are five of the best handguns currently in service worldwide.

Kyle Mizokami is a defense and national-security writer based in San Francisco who has appeared in the Diplomat, Foreign Policy, War is Boring and the Daily Beast. In 2009 he cofounded the defense and security blog Japan Security Watch. You can follow him on Twitter: @KyleMizokami. This piece was first featured in December 2019 and is being republished due to reader's interest.