Is the World's Biggest Navy Base Sinking? 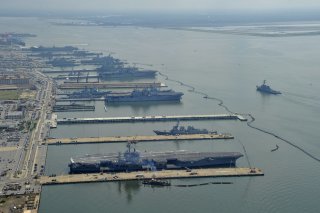 Here's What You Need to Know: The problem extends beyond the base itself. Residents of Norfolk have grown extremely concerned about the prospects of sea level rise—and especially of increased flooding.

Littoral populations, including the Navy’s own people.