The World's Biggest Tank Force Belongs to China: Why So Many? 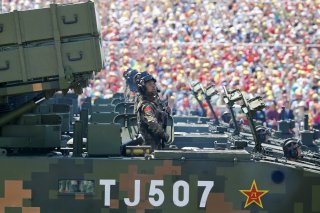 Here's What You Need To Remember:  Many of the older tanks are obsolete against modern American or Russian ones - and there is some evidence that China could not use the newer ones properly if it came to a war.

David Axe serves as Defense Editor of the National Interest. He is the author of the graphic novels  War Fix, War Is Boring and Machete Squad. This article first appeared in 2019.