Worst Guns Ever: Russia Shouldn’t Be Proud of These 5 Rifles 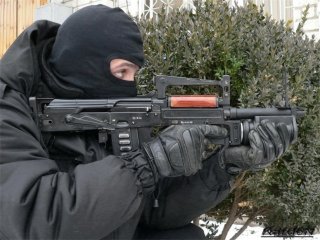 Here's What You Need to Remember: The worst problem of the Groza is that it’s almost impossible to fire from the other shoulder in a close quarters situation, due to the bullpup design and violent nature of the action. Shooting from the opposite shoulder is common technique when shooting around a corner in close quarters combat.