Worst Of The Worst: 5 Military Rifles That Should Never Fire a Shot 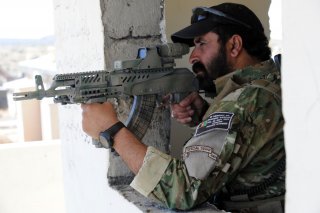 Here's What You Need To Remember: In 2005 and 2006 the U.S. government purchased a large number of AMD-65s for arming Afghan police units. In 2010, a report in the New York Times stated the Afghan National Police were unhappy with the weapon, which in addition to the other problems mentioned they considered very unreliable.

Kyle Mizokami is a defense and national-security writer based in San Francisco who has appeared in the Diplomat, Foreign Policy, War is Boring and the Daily Beast. In 2009 he cofounded the defense and security blog Japan Security Watch. You can follow him on Twitter at @KyleMizokami. (This first appeared in mid-2018.)