Worth the Cost: The L115A3 Rifle is One Accurate Sniper 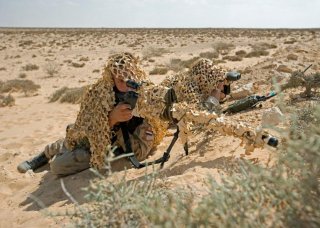 Here's What You Need to Remember: The L115A3 bolt-action rifle was developed to have an effective range of 1,500 to 1,700 meters—compared to that of the .50 BMG cartridge. The .338 Lapua Magnum had less significantly less kinetic energy, but in some cases could penetrate armored glass.

Military rifles have long had a more utilitarian appearance but for good reason. The rifles needed to be durable, rugged and even useable as a heavy club if all else failed. The exception to that rule has been sniper or marksmen weapons, which have been more refined. The craftsmanship shows through with the best sniper rifles, and this is certainly the case with Accuracy International’s L115A3 long-range rifle.