Would America's Aircraft Carriers Survive a War With Russia or China? 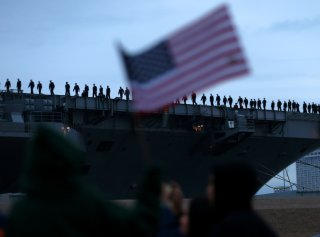 Here's What You Need to Remember: Missile defense and tough armor have their limits.