Would the Army Be Better Off Without Hypersonic Missiles? 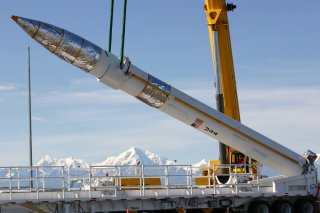 Here's What You Need To Remember: Instead of hypersonic missiles, the Army should consider developing a stealthy ground-launched cruise missile that can be destroy ships, surface-to-air missile batteries, and command centers, Spoehr tells the National Interest. “Ground-launched cruise missiles can typically contain more of a destructive payload than a hypersonic missile which are constrained by the need to design a heat resistant and aerodynamic warhead.”

Spoehr says he is not against hypersonic weapons per se. “The Army believes, probably with some justification, that the Air Force in a fight with a near peer competitor will have their hands full trying to establish air superiority against our adversary and will not have the ability to dedicate assets to eliminating key ground targets such as SAM [surface-to-air missile] batteries,” Spoehr tells the National Interest.

Michael Peck is a contributing writer for the National Interest. He can be found on Twitter and Facebook. This article was originally published a few years ago.