Would Congress Ever Let Social Security Run Out of Money? 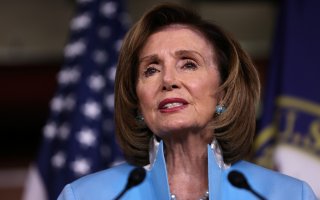 Here's What You Need to Know: Social Security reform has become a “third rail” in American politics.

In 1935, President Franklin D. Roosevelt signed into law the Social Security Act, which created a system of government benefits for retiring workers. To pay for these benefits, the Act also established a new Social Security tax, collected from existing workers in order to pay for their future retirement.

Almost immediately, the tax began to gather more in Social Security taxes than it was obliged to pass out in benefits. Rather than divert the money elsewhere, the government established a trust fund, tasked with safeguarding the money and allowing it to grow in expectation of meeting a larger future demand. These funds are invested in U.S. Treasury bonds, allowing the government to use the cash as needed while still paying it back in time for the benefits to go out.

In the years since, Social Security’s surplus has been reversed, turning into a deficit. The trust fund’s cash inflow, from Social Security taxes on younger workers, has been exceeded by its outflow from its obligations to elderly Americans. Most analyses estimate that the Social Security trust fund will be empty by 2035; some estimates, based on disruptions to the workforce from the COVID-19 pandemic and other sources, have moved the estimate closer to 2030.

Because Social Security has a constant inflow from tax revenue, there will never be any danger that the program will run out of money and “collapse.” However, if Congress takes no action by 2035 and the trust fund runs out, the administration will only have enough money to pay for roughly eighty percent of retirees’ benefits.

Therefore, at some point before 2035, Congress will need to take action. However, this will be difficult. To fix the deficit, Congress will either need to raise Social Security taxes—unpopular with fiscal conservatives—or decrease benefits – very, very unpopular with retirees and elderly Americans. The American Association of Retired Persons, sometimes described as the most powerful lobby in the United States, has vigorously opposed such decreases.

This has turned Social Security reform into a “third rail” in American politics—an issue that legislators are strongly discouraged from touching. All attempts to address it, both from Republicans and from Democrats, have failed. In 2005, President George W. Bush made Social Security reform, including partial privatization of the system, a major focus of his presidency; however, following immense public disapproval, the issue was quietly shelved. More recently, in 2011, President Barack Obama proposed a combination of small benefit cuts with small tax increases to fix the program’s deficit, but his proposal was opposed from all sides and defeated.

It is unclear what the future holds for fixing Social Security’s deficit. However, because of the disaster that a sudden twenty percent reduction in benefits would cause for elderly Americans, there is a clear impetus in Washington to address the deficit before the trust fund is completely empty.