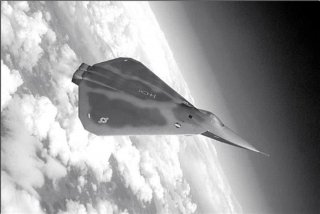 Here's What You Need To Remember: The X-44 MANTA was a revolutionary design, but it was based on the F-22, which is no longer being produced. As such, we're not likely to see it in the air any time soon.

Caleb Larson is a defense writer for the National Interest. He holds a Master of Public Policy and covers U.S. and Russian security, European defense issues, and German politics and culture. This article first appeared several years ago.