Yellen Is Wrong: Why Treasury's Call for a Global Minimum is a No Go 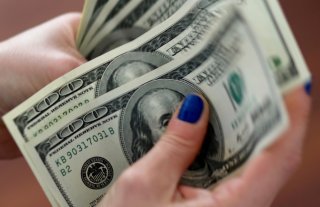 The US treasury secretary, Janet Yellen, is calling for governments around the world to support the US in setting up a global minimum corporation tax rate. She did not specify a rate but it comes at a time when the US government is trying to raise the nation’s internal corporation tax rate from 21% to 28%.

Yellen said that imposing a global minimum would “make sure the global economy thrives based on a more level playing field in the taxation of multinational corporations”, and that it would spur “innovation, growth and prosperity”.

The new US administration has already been trying to reach international agreement over a digital tax for online giants such as Amazon and Facebook, pushing for the OECD to reach a deal by the summer. The Economist reckons that Silicon Valley’s “big five” paid just US$220 billion (£159 billion) in cash taxes in the past decade, representing just 16% of their pre-tax profits.

Yet Yellen’s call for a global minimum corporation tax goes much further than this. And in my view it’s a bad idea: it would disadvantage developing countries and is probably not workable anyway.

A race to the bottom?

Yellen claims that a global minimum rate will end a “30-year race to the bottom” – but global practice points to a more mixed picture. In 2020, nine countries across five continents reduced their corporation tax rates by between one (Togo) and five percentage points (Greenland). Within the OECD, several countries have plans to cut their rates in the coming fiscal year or two: France is cutting from 32% to 25%, while Sweden is cutting from 21% to 20%. The Netherlands was also planning a cut, but has since changed its mind.

Many other countries have kept their rates stable for many years however. Nigeria’s rate has been steady at 30%, while Brazil’s is an unchanging 34%. China’s rate has been 25% for more than a decade (but 15% for sectors that the government is trying to encourage, such as certain tech businesses). South Africa’s rate has been 28% for nearly a decade too, though it is coming down to 27% in 2022.

Each rate is subject to drivers peculiar to the country in question and its economy, but none of these countries is “racing to the bottom”. Neither are they begging for a global minimum rate. There has been far more interest in a digital corporation tax, with some companies such as India, the Czech Republic, France and Turkey already introducing a levy.

In developing and developed countries alike, multinationals are a source of foreign direct investment, which makes them attractive to governments. These corporations both hire workers and create many more jobs indirectly through everything from using local contractors to creating demand for consumer goods through the salaries they pay.

Some countries have used their freedom to set corporation tax rates as a way to attract such business. There are examples of low corporation tax regimes around the world, from Ireland (12.5%) to Moldova (12%), from Paraguay (10%) to Uzbekistan (7.5%). In a world where there are huge disparities in the income levels of different countries, a minimum global corporation tax rate could crowd out those who are not especially attractive but for the fact that they can offer lower rates.

For some corporations, it will also raise the cost of doing international business. Take the example of an American corporation with a presence in Ireland. Suppose the global minimum rate was set at 20%: such a company will have to pay 7.5 percentage points more of corporation tax on trading in Ireland than it does at present. Not only does this potentially make Ireland less attractive, it means that the costs will be passed on – be it to the company’s suppliers or its customers or whatever.

More generally, a global minimum rate would remove the flexibility for different nations to pursue policies that best suit them. Take COVID-19, for example. With IMF and World Bank data suggesting that developing countries may experience a longer economic hangover than their developed counterparts, Ghana recently introduced a 30% tax rebate for companies in sectors such as travel, tourism and hospitality for the rest of 2021.

This is comparable to the UK’s recent announcement that it was deferring a planned increase in corporation tax for several years to encourage business spending. Under a global minimum corporation tax rate regime, will independent nation states be able to proffer such initiatives?

Finally, a global minimum rate will not end creative accounting. Each country’s tax code will still have its own set of complicated exceptions and exemptions, and companies will still pay specialist advisers handsomely to help them make the most of them. A global minimum rate will also do nothing to help with tax evasion, which was recently estimated to cost taxpayers almost half a trillion US dollars a year.

In short, Yellen’s proposal is no magic bullet and it’s targeting a problem that is not what it appears. This is a battle that is not worth winning, and it will cause much collateral damage before it comes to an end.