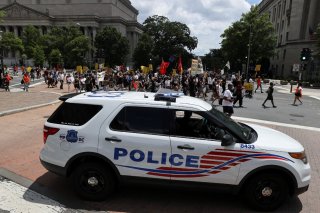 For years labor scholars, many sympathetic to the goals of organized labor, shied away from the question of the extent to which unionization of police forces tends to insulate misbehaving police from accountability. More recently this reluctance has been set aside, and various new studies have confirmed what some of us had guessed all along: where police are unionized, they are more likely to escape without serious job repercussions after instances of misconduct or excessive force. Last month, in a short piece at ArcDigital, I briefly summed up some of these findings. Not only are individual officers accused of misconduct more likely to beat the disciplinary process, but as the authors of a Florida study put it, police unionization may “strengthen a code of silence that impedes the detection of misconduct.”

I also noted signs that a cross‐​ideological reform consensus may be forming in this area. While my own preference might be to end legal privileges for police unions entirely, I pointed to a halfway measure that might prove more politically palatable in some pro‐​union quarters, and which recently won support from Harvard labor law scholar Benjamin Sachs: to restrict the scope of police collective bargaining to economic matters, such as wages and benefits, so that states and municipalities would not be obliged to negotiate either the terms of discipline for misconduct on the one hand or policy changes (such as those restricting weaponry or the use of lethal force) on the other.

In about a third of the states, a further legal force works to reinforce many of the worst effects in protecting the jobs of errant officers: the set of state laws known as Law Enforcement Officers’ Bill of Rights. I’ve written about these laws before in this space, and now I’ve got a new piece in the Frederick News‐​Post summing up the current state of play:

Since Maryland adopted its first‐​in‐​the‐​nation law in 1974, it has spread to 15 other states, causing problems along the way. Among states with their own versions of the law are Minnesota, where a video recorded George Floyd’s asphyxiation while in police custody, and Kentucky, where officers’ fatal shooting of Breonna Taylor in her Louisville apartment has sparked widespread outrage.

Now momentum is back. Senate Judicial Proceedings Chairman William C. Smith Jr. (D‐​Montgomery) has signaled that he wants to reconsider key elements of the law.

In a more startling development, first‐​term Del. Gabriel Acevero, a Montgomery County Democrat, says he was fired from his day job with MCGEO, the union that represents many Montgomery County public employees, for refusing to back off his legislative work on LEOBR reform and other police issues. MCGEO represents some law enforcement employees and has been an ally of the powerful Fraternal Order of Police (FOP).

Related resources here. Coincidentally, reporter Leandra Bernstein has written a valuable report for Sinclair (quoting colleague Trevor Burrus) on the politics of these laws, including repeated (and depressingly bipartisan) efforts to take the idea national by enacting a federal LEOBR that would force the idea on the majority of states that have not chosen to enact it.

The legislation largely focused on worker protections and employee rights, according to a statement by the Biden campaign. The 1991 bill included language to limit the time and circumstances under which an officer could be questioned and required the officer to be informed about the nature of the investigation before being questioned. Former New York Police Commissioner Lee P. Brown argued at the time that Biden’s bill would “erode advances that have been made in holding police officers and their supervisors accountable for the use of excessive force and other forms of misconduct.”

Between 2000 and 2007, Biden teamed up with Kentucky Republican Sen. Mitch McConnell four times to enact a nationwide bill of rights for police. The State and Local Law Enforcement Discipline, Accountability, and Due Process Act. The bill included many of the protections for police officers provided by state LEOBORs. It also allowed officers accused of wrongdoing to review their evidentiary files before submitting to questions.

With both McConnell and Biden on the ballot this fall, one hopes reporters will press them on whether their minds have changed in the years since.

This article by Walter Olson first appeared at the Cato Institute.