Yes, China Made Their Own Version of Top Gun (No Tom Cruise) 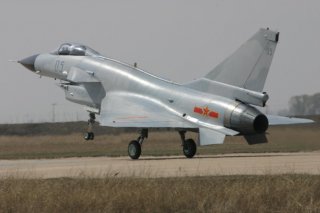 Here's What You Need to Remember: Sky Fighters is Top Gun with the imagery preserved, but the life—and frankly any bit of joy—sucked out of it. It defies my attempts to make fun of it. Despite the occasional glimpses into real-life Chinese air force operations, it was boring. I couldn’t wait for it to end.