Yes, China's Powerful JF-17 Is Based on America's F-16 Fighter 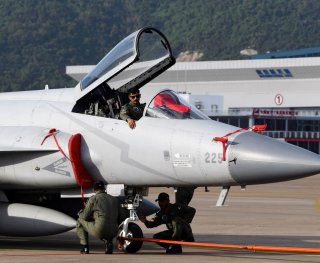 Key point: America's planes are still usually better than China's. However, the JF-17 is will cheaper for Beijing to mass produce.