Yes, There May Be Zombies After the Coronavirus (Zombie Companies That Is) 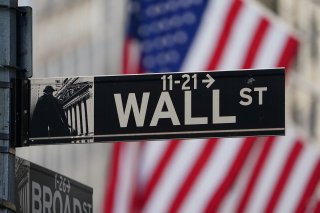 OK, so we are still in the Push Money Out The Door phase of this recovery. At least another trillion bucks, it looks like. More help to individuals and businesses. Which is fine for today. But tomorrow — or maybe the day after tomorrow — we will need to transition to a more dynamic economy where churn and failure are again OK. Capitalism needs the “invisible foot” of firm exit and threat of maximum competitive intensity to get the most out of it.

So here is a big concern, as outlined by economists Filippo di Mauro and Chad Syverson in “The COVID crisis and productivity growth”:

The experience of the Global Financial Crisis shows that massive government interventions may allow firms to survive, but may also create ‘zombies’ – i.e. firms that in normal circumstances would exit because of poor performance, freeing resources for better use in the process. While there are arguments for limiting business closures at least in the short run, long-run support based only on, say, size or sector rather than productivity, can generate misallocation. Zombie firms might further limit the ability of new, higher-productivity businesses to enter. This highlights the broader issue that business formation rates have been trending downward for several decades in many developed economies.

But guess what? Zombification is already a problem. From the Financial Times:

This is no new phenomenon. Even before the Covid-19 crisis, a decade of low interest rates helped to fuel a rise in the number of “living dead”: companies unable to cover their debt-servicing costs from profits in the long term. Leverage in the corporate sector has increased significantly since 2008. Deutsche Bank Securities estimates the zombies’ share of US companies alone has roughly tripled since the financial crisis to more than 18 per cent.

And it’s not just companies. At some point — again, not today! — we will need to pare back jobless benefits. In a recent analysis, economist Douglas Holtz-Eakin, a former director of the Congressional Budget Office, calculated that extending the bonus means 63 percent of workers would make more on unemployment insurance than at their previous job. “There is good reason to fear that unemployment will stay high because of the bonus,” he concluded.

The business aspect seems like the trickier problem, especially if rates continue to bob along a historic bottom. If borrowing costs stay low, then we’ll have to make especially sure that companies feel the invisible foot. That means government aid will need to stop at some point as business adapts to the post-COVID world. Maybe we won’t fly, see movies, or go to amusement parks as much. It also means creating a tax, regulatory, and competition environment supportive of dynamism.

This article first appeared in 2020  on the AEI Ideas blog.