YF-118G Bird of Prey: The Stealth Fighter That Never Was 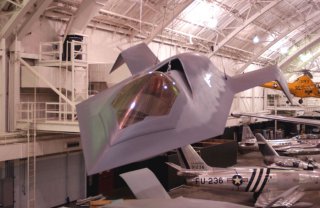 Here's What You Need to Remember: The lasting legacy of the Bird of Prey was its ability to demonstrate advances in stealth concepts, notably the "gapless" control surfaces that were developed to blend smoothly into the wings to reduce radar visibility, while the engine intake was completely shielded from the front.