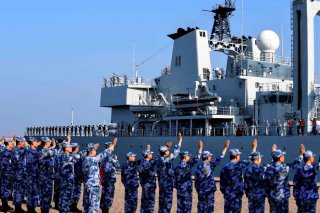 Toshi Yoshihara, also a coauthor of Red Star over the Pacific, is a Senior Fellow at the Center for Strategic and Budgetary Assessments.

This article first appeared in May 2017.