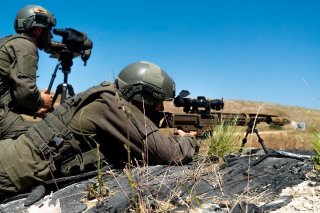 Here's What You Need to Remember: This gun is well-built so that the recoil you feel at least lands properly. It is not unreasonable for the power of this gun.

The MRAD uses 10-round, double-stacked magazines. And like using the MRAD overall, magazine changes are simple and easy. The mag release is partly cut away and has an ambidextrous paddle-style release. This allows you to switch magazines without changing your firing grip.