You Can Still Find F-4 Phantoms Haunting the Skies 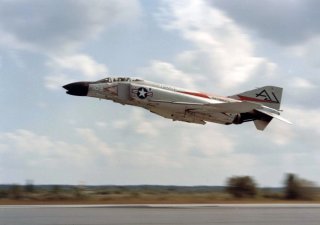 Here's What You Need to Know: The Phantom has proven both versatile and adaptable over time. Few of those present for its first flight in 1958 could have imagined that it would remain in frontline service nearly 60 years later.