You Will Be Surprised Which States Spend Big Money on Police 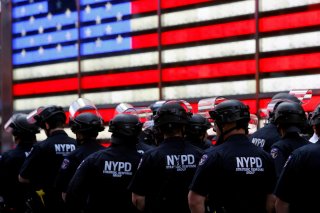 Amid the outcry over George Floyd’s death and subsequent protests, some people are calling for defunding the police. Zeroing out the police doesn’t make any sense, but citizens should certainly be looking at issues of police mismanagement, hiring practices, labor union protections, and accountability.

Police spending varies substantially by state, as shown in the chart below based on the Census data. The U.S. average is $352 per capita. I don’t know what the proper level of spending is, and obviously the states vary in terms of crime rates, cost of living, and other factors.

Spending ranged from $186 per capita in Kentucky to $530 per capita in New York. The ranking of many states is what one would expect. New York is a big spender on just about every government function. Alaska has large distances and high costs. Indiana has a fairly well‐​run government with relatively low costs.