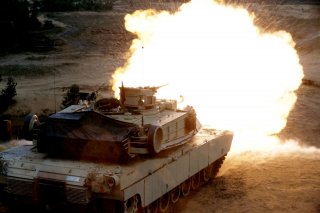 Here's What You Need To Remember: Challenger 2 is considered one of the best-protected tanks in the world, equipped with second-generation Chobham Armor, a composite matrix of ceramic and metal with superior qualities over typical steel-rolled homogeneous armor. The result is tank armor capable of defeating both kinetic energy and high-explosive anti-tank rounds.

Kyle Mizokami is a defense and national security writer based in San Francisco who has appeared in the Diplomat, Foreign Policy, War is Boring and the Daily Beast. In 2009 he cofounded the defense and security blog Japan Security Watch. You can follow him on Twitter: @KyleMizokami. (This first appeared several years ago.)