You've Seen the V-22 Osprey Before, But Not Like This 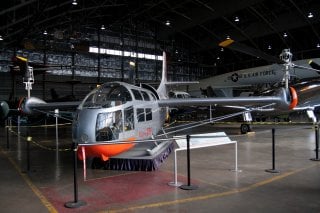 Here's What You Need To Remember: The XV-3 was one of the first aircraft to use the dual-rotor technology, useful for quick takeoffs and landings, that would later become ubiquitous with the Osprey.