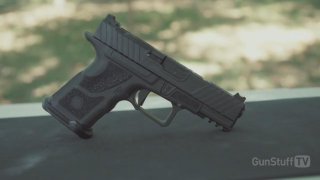 Here's What You Need To Remember: After-market modifications can cause serious safety issues.

On October 15, 2019 ZEV Technologies issued a recall of their ZEV OZ-9 “Glock-alike” pistols. The recall was issued as the OZ-9 could fire more than one round per trigger pull. The issue with the OZ-9 points out an important issue in aftermarket Glock parts and in pistols that use actions very similar to the Glock: when dimensions are altered from the original, reliability and safety issues can arise.

The majority of Glock modifications that can cause these issues are a result of changing the trigger bar. The trigger bar can be considered the “heart” of the Glock action, as it is the part that interacts with all three of the Glock’s safeties. The safeties must be deactivated in the correct order, but each safety requires force to deactivate, which can contribute to a heavier trigger pull or perceived “grittiness” in the pull.

To remedy that, aftermarket triggers use more polished surfaces or slightly different geometry to smooth out the trigger pull. ZEV’s triggers are also known for a different shape of the trigger itself and a differently shaped trigger safety. But usually the new geometries tend to push the tolerances of what can be safely used in a pistol. Some less reputable drop-in Glock triggers effectively disable some safeties when used, though most reputable brands (which ZEV is one of) do not.

As evidenced by a reply from ZEV Technologies in the Soldier Systems Daily post, the problem with the OZ-9 was from the manufacturing process used to produce the trigger bars that resulted in an out of tolerance part that created the problem with the OZ-9. Evidently, the problem is not with the OZ9 design itself. But it’s possible that in trying to improve on a stock Glock, ZEV Technologies stretched the limits of the design to the point where small manufacturing errors could cause critical failures like those that caused the recall.

There are a series of standardized checks that can be used to make sure an aftermarket Glock trigger is safe though. While some are easy to perform, others require specialized parts and tools. Regardless, it’s probably wise for serious users of Glocks to stick with the stock triggers. The factory trigger pull has been improved considerably in the fifth generation of Glocks.

Problems like that suffered by the OZ-9 also are a reason why specialized third-party “Glock-alikes” like the OZ-9 or the custom builds utilizing third party Glock-style frames and slides aren’t seeing wide usage compared to factory Glocks. The risk of possibly compromised drop and firing pin safeties due to stacked tolerances overriding limits aren’t worth it for serious users.

This first appeared in November 2019.