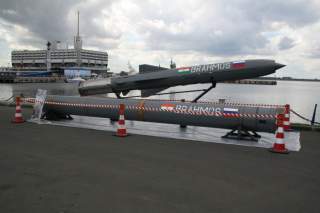 According to Russian state-media outlets, Army General Dmitry Bulgakov, the deputy minister of defense, told reporters on Tuesday that the ministry has developed special new fuel to enable missiles to fly at hypersonic speeds.

“The recipe has been created and the energy accumulated in this fuel will help our vehicles exceed the speed of Mach 5," General Bulgakov said, the Moscow Times reported, citing TASS News Agency.

Unlike the U.S. and China, both of whom focus their hypersonic development efforts on boost-glide vehicles, Russia and India are seeking to build hypersonic cruise missiles. The two countries already developed the BrahMos missile together. Considered the fastest cruise missile in the world, BrahMos has achieved speeds of Mach 3 (3,675 m/h).

BrahMos Aerospace, the Russian-Indian joint venture that produced the BrahMos supersonic cruise missile, claims to be hard at work developing the BrahMos-II hypersonic cruise missile. According to the company's website, the BrahMos-II will be powered by a scramjet engine instead of a ramjet one. "As a variation of the ramjet," the company explains, "scramjets allow combustion to occur in a supersonic airflow, thereby expanding the operating range above Mach 4."

(Recommended: No, China Can NOT Shoot Down 90% of Hypersonic Missiles)

Indian officials have claimed that the BrahMos-II will be tested sometime in 2017, although this is likely an overly optimistic timeline. The U.S. and China have both already tested boost-glide vehicles.

Russia is also developing the P-800 Onyx, which some experts suspect could be a hypersonic missile as well. "It could be a fundamentally new missile, possibly hypersonic. One should not forget that NPO Mashinostroyenia has been actively working in this area, and it was not too long that ago mockups of the joint Russian-Indian hypersonic rocket BrahMos-II appeared at exhibitions,” one Russian defense expert told Russia Beyond the Headlines last October.