3 Reasons Why Pope Francis Won't Get His Wish: No More Nuclear Weapons 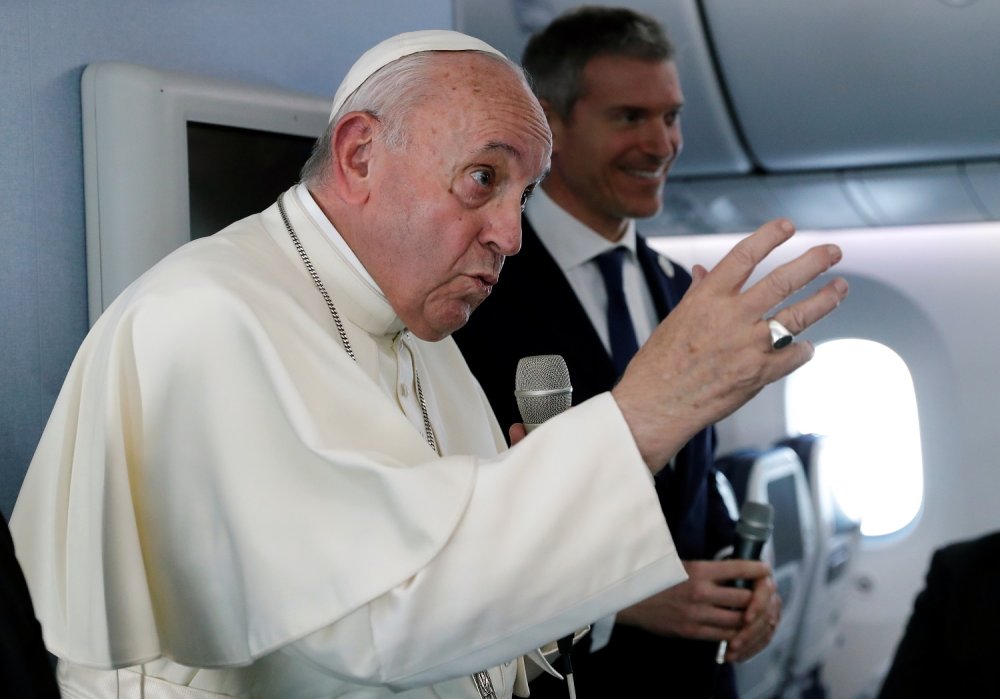 On November 24, Pope Francis delivered an address with a heartfelt message: the sooner the world eliminates nuclear weapons, the better off humanity will be.

Standing behind a podium at the Atomic Bomb Hypocenter Park in Nagasaki, Japan, the Pope made a plea to the world’s nuclear powers to do what they each pledged to do when signing the 1968 Non-Proliferation Treaty: slash your nuclear stockpiles to zero. Pope Francis couldn’t be any clearer in his speech. “Peace and international stability are incompatible with attempts to build upon the fear of mutual destruction or the threat of total annihilation,” he said. It was no longer enough for states to not use the world’s deadliest weapons; they also had to stop possessing them: “We need to ponder the catastrophic impact of their deployment, especially from a humanitarian and environmental standpoint, and reject heightening a climate of fear, mistrust and hostility fomented by nuclear doctrines,”

This isn’t the first time Francis has used his moral authority to advocate for the abolition of nuclear weapons. He was a critical voice in favor of the U.N. Treaty for the Abolition of Nuclear Weapons, which now has 80 signatories. Francis also touched upon the issue during his 2015 address to the U.N. General Assembly.

The Vatican’s commitment to a nuclear-free planet is as noble as noble can be. Yet the cold politics of realpolitik also have a say in the matter. There is a reason why there are still nearly 14,000 nukes in the world today. In fact, there are a few reasons.

There is no concept that is as baked into the fabric of international relations as nuclear deterrence. The principle is less a theory than a fact: countries with nukes are far less likely to get into major conflicts with one another than countries without those weapons. Since the dawn of the nuclear age, nuclear powers have avoided large-scale wars with each other because no state wants to be the victim of a nuclear attack that could kill millions of people, wipe out the national economy, and destroy the entire country. States are also forced to think long and hard before using military action against another country with a nuclear arsenal, even if that country is a weak and poverty-inflicted parish (just ask North Korean leader Kim Jong-un). In other words, nukes keep everybody honest and push leaders into a kind of restraint that may not otherwise be there.

The Pope’s call for nuclear disarmament maybe 10 years too late. The United States and Russia, two countries that possess over 90% of the world’s nukes, are in the process of spending big dollars improving the quality of their atomic capabilities. Washington is projected to allocate $400 billion on its nuclear weapons infrastructure between 2017-2026 and as much as $1-1.3 trillion over the next 30 years. The Trump administration’s Nuclear Posture Review mentions the development and deployment of low-yield W76-2 submarine-launched, nuclear-capable ballistic missiles as a priority. Russian President Vladimir Putin is bragging about a hypersonic, nuclear-powered drone that is capable of carrying a nuclear explosive. And Pakistan’s defense doctrine remains incredibly dependent on nuclear weapons for defense against an invasion by a much more conventionally-powerful India. To stop all of this investment at this stage in the game would take a collective will that isn’t there.

Even assuming the world’s nine nuclear weapons states find the will to eliminate their arsenals in tandem, there will always be lingering doubt among them that everyone is playing by the rules. For instance, could New Delhi really trust Islamabad to abide by a no-nukes policy given the extreme antagonism that has built up between them since India’s partition in 1947? Would Pakistan be willing to trust a militarily superior neighbor and a historical adversary to do the same? And who on earth would trust Pyongyang to voluntarily give up its nuclear weapons program given the frustrating experience of the last 25 years? The Vatican may hold out hope that countries will do the right thing, but if the entire edifice of nuclear disarmament rests on trust and the International Atomic Energy Agency’s ability to access every nook and cranny of every program on the planet, then reality will rain on Pope Francis’s parade.