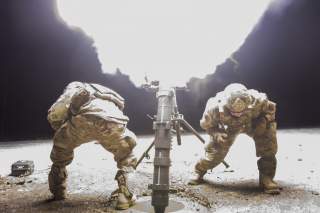 The United States of America has been and continues to be the most powerful nation on the planet. Its $19 trillion economy is the envy of the world; the professionalization of its armed forces is second to none; and its system of alliances and partners (while sometimes strained in the era of Donald Trump) extends from the farthest corners of the Western Hemisphere to the waters of the Persian Gulf.

Even superpowers, however, make mistakes that can lead to strategic blunders and reputational damage. The United States is no exception.

Just because policymakers in Washington have the world’s most technologically sophisticated and dedicated military at their disposal doesn’t mean it should always be used when a crisis generates. Indeed, contemporary history has repeatedly shown that deploying America’s hard power without a clear and achievable objective guiding the strategy is a prelude to mission creep, strategic distraction and wasteful spending.

No war in U.S. history has taken on such a negative connotation as America’s decade-long military engagement in Vietnam. A U.S. mission that started as an advisory mission to the South Vietnamese government in the early 1960’s  would transform into a quagmire that drained the U.S. Treasury, left over 58,000 American GI’s in body bags and soured much of the American population against their own government.

U.S. policy in South Vietnam was conditioned on a relatively straightforward premise: hold the line of communist influence in Southeast Asia and preserve a South Vietnam that (while imperfectly democratic and in most cases downright authoritarian) is in America’s camp. Over the next two U.S. administrations, however, Washington’s ground war against a formidable insurgency with committed patrons in North Vietnam and China (and at times the Soviet Union) forced U.S. policymakers to double down on what proved to be an abysmal strategy of attrition. President Lyndon Johnson was deeply skeptical from the beginning that South Vietnam could be saved, yet substantially increased the U.S. troop presence over the next four years to over a half a million.

The war ended in the humiliating defeat of Americans retreating from the rooftop of the U.S. embassy. President Richard Nixon’s escalate-to-deescalate strategy dragged out an unnecessary conflict, even as U.S. combat troops were gradually withdrawn. By 1975, North Vietnamese tanks would roll into Saigon and reunify the country under communist tutelage.

Decades later, Defense Secretary Robert McNamara would write a mea-culpa in which he admitted just how wrong the Johnson administration was: “We misjudged then—as we have since—the geopolitical intentions of our adversaries…and we exaggerated the dangers to the United States of their actions.”

By 1982, Lebanon ceased to be an independent state. Israeli, Palestinian and Syrian forces were engaged in an ugly contest for power, supporting various militia groups that tore through the social fabric of the country. Concerned another Arab-Israeli war was in the offing, President Ronald Reagan signed a national security directive mandating U.S. military participation in a multinational peacekeeping force and making it official U.S. policy to “strengthen the ability of the Government of Lebanon to control, administer, and defend its sovereign territory.”

Lebanon, however, was a tinderbox not yet ripe for a peaceful resolution. Regional forces competed for a dominant position. The forces of the Palestine Liberation Organization were slow to withdraw; the Syrian army refused to depart; militia violence continued; and U.S. Marines would become targets for Hezbollah suicide bombers. A U.S. pilot was shot down and captured, providing lawmakers already opposed to the mission more political leverage to push for a full withdrawal. In the spring of 1984, Reagan would do exactly that.

While far less bloody for U.S. troops than America’s misadventure in Vietnam forty years earlier, the U.S. invasion and occupation of Iraq will forever be referred to as America’s biggest foreign policy disaster since Vietnam. The purpose of the invasion—the overthrow of Saddam Hussein’s regime and the establishment of a pro-American democracy in Baghdad—was based on an uninformed naïveté about the ease with which a western power could transplant a new system of government in the Arab world.

The confidence of senior Bush administration officials in the lead-up to Operation Shock and Awe was prefaced less on sober judgment and more on rigid dogma and ideology. Ken Adelson, an arms control official in the Bush administration, predicted a “cakewalk” for U.S. forces while Defense Secretary Donald Rumsfeld assured Americans that the war would likely be over in months (if not weeks). Deputy Defense Secretary Paul Wolfowitz testified to Congress that most of Iraq’s post-war reconstruction would be covered by Baghdad’s oil profits.

None of those assumptions came to pass. U.S. military and civilian officials were caught by surprise as a Sunni and Shia insurgency grew in lethality. Sectarianism would overtake nationalism, with Shia militia groups bankrolled by Iran terrorizing Sunni neighborhoods. Sunni jihadists would be granted a new lease on life as Al Qaeda expanded into Iraq and caused mayhem in the Iraqi capital. And the Iraqi political system would be far from democratic or transparent; the senior and mid-level ranks would consist of sectarian extremists, corrupt officials and Machiavellian ministers in league with death squads. According to Brown University’s Cost of War Project, the U.S. has spent $822 billion since 2003 on defense operations alone.

Muammar el-Qaddafi’s violent suppression of peaceful protests against his four-decade rule forced the international community to scramble for a response. In March 2011, the U.N. Security Council would quickly adopt a resolution authorizing the protection of civilians by all necessary means, including the use of force. Yet within a matter of weeks, the NATO-led military alliance against Qaddafi would change from civilian protection to regime change. Qaddafi was deposed within months—in October 2011, the dictator was executed by rebel forces.

Libya has been a real life Mad-Max ever since. The UN-recognized Libyan government is a government in name only, with limited authority in Tripoli and wholly at the mercy of freelancing and unaccountable militias. The country’s oil reserves are the target of constant infighting between armed factions with competing interests. Regional powers like the United Arab Emirates, Egypt and Qatar have used Libya to fight their own battles. And the country has become the plank for migration from Africa to Europe, jolting European politics in a more populist direction. No U.S. security interests, meanwhile, were fulfilled.

The 9/11 terrorist attacks in New York, Washington and a remote field in Pennsylvania enveloped the nation in sadness, outrage and anger. The American people wanted a justifiable revenge, and the Bush administration quickly gave it to them. By December 2001, the Taliban regime that sheltered Al Qaeda was eviscerated. Many of Osama bin Laden’s lieutenants were either killed or captured.

Instead of packing up and going home once the job was done, Washington embarked on a social science experiment in a country few Americans had ever heard of. The objective was no longer centered on mopping up the rest of Al-Qaeda, but rather on constructing a centralized, western-style democratic system from the ground up. U.S. soldiers now served as guardians to an entirely new political order.

More than seventeen years later, Afghanistan is in a very troubled state. 14,000 American troops remain in the country. The Afghan government is almost totally dependent on foreign dollars and its army remains plagued by poor leadership, bad tactics, corrupt officers, weapons shortages and hardly any logistical capability to speak of. Nearly 30,000 Afghan troops have been killed since 2015, a rate of attrition that has convinced many Afghans to leave the army once their tour of duty is up. Many refuse to wait that long and desert instead.

President Trump would like to withdraw all American troops from Afghanistan, yet seems concerned that he will be labeled the president who “lost Afghanistan”. The administration is frantically attempting to create an Afghan peace process and move the Taliban close to a settlement, knowing that Trump could very well decide to pull the plug at any time. At the moment, the president defers to advisers who continue to advocate for an intellectually bankrupt status-quo.

The paramount lesson is simple but important: if the United States plans to use military force or engage in a war, it better well be for a realistic objective. Even more important, it better be the very last resort and America’s vital national security interests better be at stake.