America is Addicted to Sanctions 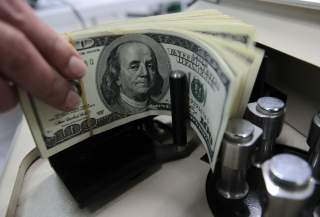 The best way to think about the role of sanctions in American foreign policy is to regard it as an addiction.

Think about it. The inability to change the behavior of even the most rinky-dink nations must be enormously frustrating to those at the helm of the world’s lone superpower. This leads, not surprisingly, to the search for ways to assuage this sense of failure and reassure Americans of their perpetual global dominance. Sanctions fit the bill perfectly. First, because they can be sold as an alternative to war. Opponents of sanctions can thus be portrayed as either warmongers or pacifists, depending on their political profile. Second, since no meaningful measures of success or failure are ever discussed, success is entirely in the eye of the beholder. Thus, whatever happens can be attributed to sanctions—if it suits the government. Politicians can hardly be faulted for the eagerness with which they embrace sanctions. They offer the perfect escape from the real, but tedious, world of diplomatic negotiation.

Eventually, however, the political “high” provided by sanctions wears off. The nastiness of the world intrudes, and once again politicians become desperate for another fix. Friends try to warn Americans that Washington’s increasingly erratic behavior is beginning to hurt them as well, but how can they understand the burdens that America must bear as Leader of the Free World? Eventually, as Americans’ view of the world shrinks to the confines of the Washington Beltway, nothing but their own media-driven reality matters. Sanctions now provide the only semblance of calm, the only relief that politicians can rely on, and so resort to them becomes habitual.

If you want to see how such addiction plays itself out, look at Ukraine. To cement its 2014 “civilizational choice,” and punish Russia for annexing Ukrainian territory, Ukraine has stopped buying natural gas directly from Russia, suspended popular Russian payment services and Russian banks, blocked access to Russian social websites, television, and commercial sites, banned the import of Russian books, suspended commercial airline flights, and is now considering ending all railway traffic to Russia. In reality, of course, all these services continue since there is a high demand for them in Ukraine, only now at a much higher cost to Ukrainians.

Through all of this, Russia remains Ukraine’s primary investor (technically it slipped into third place last year, behind Cyprus and the Netherlands, but both are known to be safe havens that Russians use to mask their investments). Yet, because Ukraine refuses to engage in any normal trade with its neighbor, the government is quite literally running out of money, having only 5 percent available for current account payments, compared to last year.

Obviously, the United States is not as dependent on Russia as Ukraine is, but even this truism is misleading. Although America is much wealthier, and will probably not run out of money, Americans live in an interdependent world in which what one country does in the Middle East can be repaid to it in Eastern Europe, the Arctic, or even in cyber or outer space. Moreover, one should consider the profits that American companies (and hence all Americans) have lost by not investing in Russia during the decade when it was more profitable than China, and its stock market was the hottest in the world. In fact, America’s own stupendous 21 trillion deficit could not have been achieved without the help of sanctions.

Therefore, to paraphrase a famous saying, when you go the route of sanctions, you should dig two graves. One for your rival’s economy, and one for your own.

Image: A bank employee counts U.S. hundred dollar bills at Kasikornbank in Bangkok October 12, 2010. The Thai government agreed on Tuesday to impose a 15 percent withholding tax on interest and capital gains earned by foreign investors on Thai bonds, the latest bid by an emerging economy to tame its surging currency. From export-dependent Thailand to fast-growing China and Brazil, governments are moving to rein in their currencies as investors, turning their backs on low interest rates in the developed world, pour money into higher-yielding markets. REUTERS/Sukree Sukplang