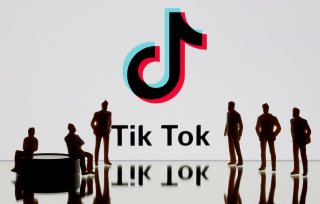 A bipartisan pair of U.S. senators are calling on the Justice Department to investigate Tik-Tok and Zoom “reported violations of Americans’ civil liberties and of their close ties to the Chinese Communist Party.”

The two apps have come under fire for their connections to Beijing as U.S.-China tensions heat up. India’s recent decision to ban dozens of Chinese-made mobile phone apps is increasing the pressure for a crackdown from U.S. lawmakers.

“Based on numerous reports, we are extremely concerned that Zoom and TikTok have disclosed private information about Americans to the PRC and engaged in censorship on behalf of the Chinese government,” Sen. Josh Hawley (R–Mo.) and Sen. Richard Blumenthal (D–Conn.) wrote in a letter to the Justice Department on Thursday.

The two senators added that “Zoom and TikTok have failed to answer even basic questions about their business operations, including who has access to personal information and when they comply with request from China or other governments.”

Their letter came hours after Secretary of State Mike Pompeo praised India’s technological crackdown in his testimony to the Senate Foreign Relations Committee.

“India has banned a hundred and six Chinese applications that threatened its citizens’ privacy and security,” he said. “Our diplomatic efforts are working, and momentum is building to mitigate the threats that the Chinese Communist Party presents.”

The day before, Secretary of the Treasury Steve Mnuchin said that he would soon give a “recommendation” about Tik-Tok to President Donald Trump, who added that “we are looking at TikTok.”

Tik-Tok is a video-sharing app owned by the Chinese company ByteDance.

Daniel Frey, a cyber threat investigator at Advanced Intelligence LLC said that there are three main national security concerns around TikTok: whether the app could be used to amplify propaganda, whether it could spread malware, and whether it is allowing China to access data on individual users.

“If those users are affiliated with the national security apparatus in the United States, you could see that being a concern,” he said.

These concerns have already led the U.S. military to ban the app on its devices, and the House of Representatives has amended the draft military budget to ban TikTok from U.S. government devices altogether.

TikTok has denied that its Chinese owners have undue influence over the app.

Kevin Mayer, the company’s CEO, wrote that TikTok is run by “responsible and committed members of the American community that follows U.S. laws” in a Wednesday blog post.

Zoom has also come under fire for its Chinese connections, although they are less direct.

The teleconferencing platform confirmed last month that it shut down meetings by Hong Kong dissidents at the Chinese government’s behest.

The company has also come under fire for hosting some of its data on servers located in China. Zoom officials have insisted that they work for an American company, not a Chinese entity.

"We're a US company,” Zoom chief operating officer Aparna Bawa told CNN Business last month. “We're listed on the Nasdaq, headquartered here in San Jose, probably very similar to other technology companies that look for talent globally across the world, and want to put forward the best service that we can put for our customers to use."