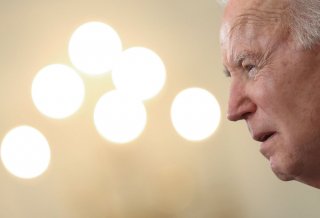 President Joe Biden’s plans for U.S.-Russia relations, as sketched in an interview with ABC News host George Stephanopoulos last week, were a strange mix of pragmatism and recklessness.

When he spoke of nuclear arms control and other issues of shared national interest, Biden struck a prudent note. There are “places where it's in our mutual interest to work together,” he said. “That’s why I renewed the [New START] agreement with him. . . . That's overwhelmingly in the interest of humanity, that we diminish the prospect of a nuclear exchange.”

But turning to issues of cybersecurity and election meddling, the president eschewed any practical, defensive posture in favor of vague threats: In the 2020 election and the SolarWinds hack, Moscow has “done some mischievous things, to say the least,” he said. Russian President Vladimir Putin, whom Biden branded “a killer,” will “shortly” pay an unspecified price.

At first glance, this might seem like a balanced approach of cooperation and confrontation. Yet on closer inspection, it’s risky, almost certainly unproductive, and potentially even dangerous.

Let’s begin with the election meddling. As Stephanopoulos noted, the National Intelligence Council released a major report this month on “foreign actors’ intentions and efforts to influence or interfere with the 2020 U.S. federal elections or to undermine public confidence in the U.S. election process.” The report accuses Putin of authorizing Russian government agencies to conduct “influence operations” to oppose Biden’s candidacy, sow doubt about our electoral system, and exacerbate political divisions in the American public.

Crucially, the investigation also found “no indications that any foreign actor”—Russia included—“attempted to alter any technical aspect of the voting process in the 2020 U.S. elections, including voter registration, casting ballots, vote tabulation, or reporting results.” In short, what Putin authorized was coordinated propaganda—tweets, memes, talking points, television appearances, whatever could play on Americans’ emotions and abuse our gullibility—not a direct assault on our election infrastructure.

That makes both retaliation and deterrence difficult. Biden is expected to issue new sanctions against Russia in response to the report, but he surely can’t imagine they’ll shift Moscow’s course here. Sanctions are a favorite tool of American foreign policy, but their record in effecting desired change in other states’ behavior is incredibly poor. That’s particularly true if the targeted government believes it’s pursuing a core national interest, and it isn’t difficult to imagine Putin concluding that influencing the sole superpower’s presidential elections is a core interest for Russia. Indeed, Russia has already been subjected to hundreds of U.S. sanctions—sanctions it has largely ignored.

What about the SolarWinds hack? That was the sweeping cybersecurity breach of multiple federal agencies revealed in late December and thought to be backed by Moscow. Here, too, sanctions are Biden’s anticipated response, though some sort of cyber retaliation has been posited as well.

Apparently unconsidered: Shifting U.S. cybersecurity resources to harden our government’s digital targets and forestall future attacks. Nine out of the ten dollars Washington spends “on cyber programs is dedicated to offensive efforts, including penetrating the computer systems of adversaries, listening to communications and developing the means to disable or degrade infrastructure,” Reuters has reported. Is it any wonder the SolarWinds hack happened? Spending this imbalanced all but invites foreign intrusion, and Biden should respond to Russia’s digital aggression by shoring up our digital defense.

Instead, he seems bent on meeting antagonism with antagonism. Yes, some of that will be mitigated by outreach elsewhere, like Biden’s smart decision to renew New START. But will that mitigation be enough? The United States has military operations in close quarters (and on opposing sides) with Russia in Syria and Eastern Europe, and both countries are nuclear powers. Stumbling into open conflict is unlikely here, but it’s not impossible. Biden’s goal should be de-escalation, not useless tension. The right response to Russia is a pivot to diplomacy and defense.