Did Donald Trump Miss His Chance At a Better Iran Deal? 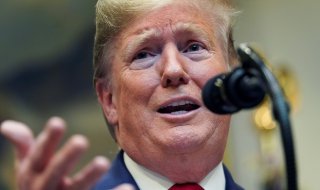 The statements on both sides would seem to create a conundrum. The United States and Iran both want the other side to give its end of the bargain up front.

Blanc, however, insists that the groundwork has been set for diplomacy.

“Both the Biden campaign and the Iranians are saying pretty similar things,” Blanc says: “compliance for compliance.”

“The fact that it’s the clear way forward is why the Trump administration is trying to make it so hard,” he concludes.