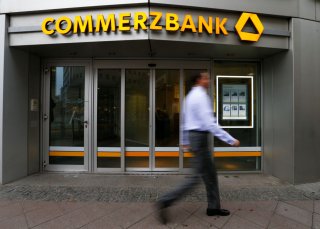 A federal judge is calling for an investigation into whether prosecutors purposely hid evidence proving an Iranian-American businessman innocent of sanctions violations, after emails emerged showing that prosecutors wanted to “bury” the evidence.

Ali Sadr Hashemi Nejad was convicted in March of smuggling $115 million from Venezuela to Iran through the U.S. banking system, in violation of U.S. economic sanctions. But the government agreed to drop the case after new evidence emerged supporting Sadr’s innocence.

Sadr’s lawyers are not satisfied, claiming that the government had intentionally hid evidence and asking to publicly correct the record about “egregious violations” of his rights.

Judge Alison Nathan asked both sides on Wednesday to submit evidence for or against “bad faith, knowing misrepresentations, or an intentional failure to comply with discovery obligations” in Sadr’s case.

One piece of evidence, a 2011 letter from the German bank Commerzbank to the U.S. Treasury, was only revealed towards the very end of the trial. The letter showed that Treasury officials were informed about Sadr’s financial dealings with Venezuela years before his arrest, undermining the case that he had tried to hide anything from the U.S. government.

Prosecutors only told Sadr’s lawyers about the Commerzbank letter on March 7, less than a week before the jury made its verdict. Emails revealed after the trial show that prosecutors knew for a long time that they had had this letter in their possession.

“[W]e should discuss whether it’s worth having the Commerz witness go into” the details of the Commerzbank letter, Special Assistant U.S. Attorney Garrett Lynch wrote on January 31, referring to the letter as an “asterisk” in the government’s case.

Prosecutors realized on March 6 that they had not yet shared the letter with Sadr’s attorneys, prompting a discussion on what to do about it.

“[I]’m wondering if we should wait until tomorrow and bury it in some other documents,” wrote Assistant U.S. Attorney Stephanie Lake in a March 6 email.

The government claimed on July 3 that the letter, “which was in fact produced less than 24 hours later, was not buried.”

“While AUSA Lake is endlessly chagrined about this chat, we believe it would go too far to condemn her for a Friday night lapse in thinking regarding a document that was in fact disclosed Saturday afternoon,” prosecutors wrote.

Sadr’s lawyers called this “doublespeak, pure and simple,” pointing out that the letter was indeed “buried” in a list of older documents that the government re-sent on March 7.

Sadr’s lawyers claim that the interviews show that neither Bahram nor Aular believed that they were doing anything wrong when dealing with Sadr.

“In view of these issues, and in order to chart a course forward, the Court requires additional briefing from the parties,” Nathan wrote.

The judge has given Sadr until July 15 to make his case, and prosecutors until July 22 to respond.