The Dissent Channel: Meet the Investigative Reporter Uncovering the Dark Side of Homeland Security 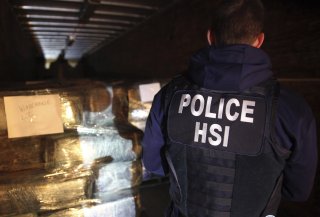 Ken Klippenstein: Very often, I find that the rank and file of the agencies, and even the lower-level leadership, is if not in disagreement with the political appointees and the leadership, is sometimes even at swords’ points with them.

These agencies are not monolithic. That’s where a lot of my leaks come from.

Perhaps these leaks are not things that would flatter the administration, so the question becomes, "why did they leak it?" It’s because there’s different kinds of people in these agencies.

I’m not saying that my sources are necessarily liberal Democrats—in fact, I would say most of the time they’re not—but they’re people who have a different conception of what the job is.

And just to be straight, by and large, the rank and file—their concept of what their work is is whatever the mission of the agency was intended to be, as opposed to what the politicals and the White House say that it’s supposed to be.

Because of that, you have an inherent tension for anyone in these intelligence or law-enforcement agencies.

Politically, whatever White House is in power is going to have their own goals, and those may not and often don’t coincide what the FBI was designed to, or what the DHS was originally intended to do.

When I have a story like that, I’m essentially a dissent channel for folks inside that are unhappy and feel compunctions about policies that are being pursued, because they don’t think they are either in the national interest or in the human interest, as is the case with our refusal to let Iran import more stuff so they can beat this coronavirus crisis.

Matthew Petti: You basically pre-empted a question I was going to ask you, which is—I’m sure you’re Public Enemy Number One at DHS, so why do people still talk to you?

Ken Klippenstein: Frankly, people are not just pursuing what’s expedient. Folks also have moral sensibilities, and they feel bad about things. I don’t know how else to say it than that.

People will often feel guilty about what they’re seeing, and one way that they can either mitigate these bad policies or in some cases even end them is by leaking.

When I came into this job, I was thinking that all of these leaks would be bureaucratic sniping that the public incidentally benefits from, different people in the administration or agency trying to knife each other.

It’s really not the case. In my experience, it’s been much more sincere, it’s people that want to help.

Matthew Petti: Which, as an American, is a very heartening thing to hear.

I don’t want to speculate on who’s going to win the 2020 election, but there is a good chance that we end up with a different president in the White House, and they’re going to have a strong mandate from Democrats and a strong push from the Left to—if not get rid of—completely overhaul the post-9/11 security state.

I’m curious if you got to sit down in the White House, got five minutes with the president, what your idea of how to fix the post-9/11 security state would be.

Ken Klippenstein: Well, I can tell you what folks in DHS think it would be, at least with respect to DHS.

A lot of them—it’s surprising to me when people say we need to dismantle DHS and it’s treated as a far-out utopian idea. There’s a lot of folks in DHS who feel that way as well!

That’s not to say that they want to just get rid of their department or job, but many of these departments had existed prior to the creation of DHS, which is a post-9/11 agency, and many of them would prefer to go back to the previous state of affairs.

For example, you have ICE, and when people think about ICE, they think about people breaking families up and deporting people.

That’s only part of ICE. That’s what is called the Enforcement and Removal Operations that does that.

There’s another large part of ICE, which is called Homeland Security Investigations, or HSI for short, and they primarily don’t do immigration stuff. They hate the fact that they have to do it, and they resent it.

Not just the sort of abstract idea that they’re under the same umbrella as this section of the agency that’s doing those things, but they say that it makes their job harder.

These guys are working on, say, child trafficking cases, or monitoring imports to say that unsafe things don’t come through. They say that it’s harder for them to do their jobs because of how politicized their jobs have been.

If someone sees an ICE badge, an ordinary person, or a migrant or whoever it is is not going to know that HSI is not actually primarily the immigration portion. They’re going to see that and panic. So they say it’s making their job really hard to do.

To the extent that they do immigration stuff, it’s that they’ve been tapped to do it instead of the work they had been doing previously, which they want to go back to doing.

I wish this notion of dismantling ICE would be interrogated a little bit more, in terms of what that means exactly. Does that mean you make all these things disappear, or do you mean that you get rid of some of them, and move some of them to other agencies?

There’s a whole continuum of different options that an incoming administration could have in terms of reforming an agency like this, which has become extraordinarily politicized, as we’re seeing, for example in the Portland deployment, where the DHS was willing to do what the military was not.

Trump had tried to tap active-duty military to respond to the civil unrest, and General Milley ended up distancing himself from it.

In an extraordinary column in the Atlantic, [former Defense Secretary] General Mattis ended up criticizing Trump, which whatever you think of Mattis, that is very unusual for a four-star general to come out publicly against the President.

Any high-ranking military official like that, but particularly him, he has always avoided politics, at least in any partisan or overt discussion of politics.

You really see DHS coming to fill this vacuum that [the Department of Defense] is refusing to do on behalf of Trump. And that really illustrates the problems with the agency and how easily it can be controlled by political groups in the White House.

Matthew Petti: It seems like we got to a really scary point in America where it opened up a lot of frightening possibilities for the future.

It is definitely to the credit of our system that the military looked at that and said, “we’re standing at the edge of an abyss,” and signaled, “we need to pull back.”

It is, on the other hand, true, that a lot of the homeland security stuff is a product of our foreign wars.

I’m curious if you think this idea of “ending the forever wars” and a more restrained foreign policy might have a more salutary effect on the way our law enforcement is run.

Ken Klippenstein: Absolutely. Just look at local law enforcement and some of the problems we’ve run into.

Why is Black Lives Matter and George Floyd happening? In part, it’s because we have Pentagon programs where we’re literally giving military equipment to local law enforcement. They lack the training to handle these things.

Do we want their jobs to be the sort of special forces role we have in Afghanistan, or do we want them to be integrated into the community in a way where they don’t see the public as an enemy like that.

These military programs, I don’t know how much good they do for the police in terms of making their jobs easier to do. It seems like, as was the case in Portland, these very heavy-handed approaches can often escalate the situation beyond what it would have been with a softer touch.

I can’t think of a more striking example of that than this attempt to tie Americans who fought alongside the Kurds in Syria to Antifa because that is the same approach that they have done in the past to target certain Muslims who have traveled abroad.

This may have begun as a policy that only targeted certain groups and individuals, but as you can see now, it’s becoming a lot broader, and that’s the mission creep tendency that we see.