Does It Make Sense for America to Stop Fighting the Taliban? 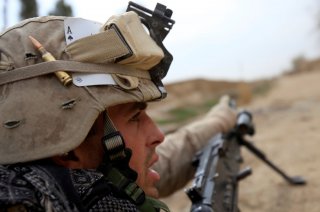 Force on force engagement through armed combat by either U.S. or Afghan soldiers has, simply and clearly, not removed the Taliban. This circumstance, which has now persisted for two decades, is well acknowledged by senior Pentagon officials, one of which who recently told reporters that “one is not going to defeat the other,” speaking of the Taliban and U.S.-trained and friendly Afghan forces.

“What has to happen in Afghanistan, and the president has been very clear on this, as have other members of his national security cabinet, the solution in Afghanistan is to broker a power-sharing or some form of agreement whereby the two, the Taliban and the Afghan people, can live side-by-side in peace,” a senior defense official told reporters.

The senior official cited the need to maintain negotiations and ultimately achieve some kind of as-of-yet elusive peace deal with the Taliban, despite recent reports that Taliban violence is actually increasing.

“The talks with the Taliban was made, I think, public last week are still very much ongoing. Meetings in Doha, meetings in-country by our military officials including General Scotty Miller and others, so that has not changed and we don't believe the trajectory of that will change. That is our goal, is the peace deal,” the senior defense official said.

Yes, progress has been made, and yes the Taliban were quickly dislodged from maintaining power throughout the country of Afghanistan following 9/11, but they simply have not and will not disappear. Why is it that, despite the hundreds of thousands of Taliban fighters that have been killed over the years, their forces, clearly and simply, cannot be destroyed?  At a certain point, the number of Taliban killed has to have decimated their population of fighting-age men.

However, the Taliban, it would seem, appear to demonstrate a never-ending ability to replenish their ranks with willing fighters ready to attack.  Many might wonder who these people are? Where do they come from? What is their motivation? Apart from the obvious possibility of being inspired by large infusions of cash from wealthy, interested foreign parties, or a cultural commitment to resist the Western democratic world, why would countless volumes of young men take up arms against NATO, the United States and Afghan national government, quite frequently at their own peril?

An answer may simply be too complex or varied to propose, yet it appears reasonably safe to assume it may include a mix of interwoven variables. Perhaps there is a wealthy foreign supporter funneling dollars into Taliban efforts to further anti-American strategic aims? Perhaps well-documented perversions, adaptations or distortions of Islamic precepts demonizing the West continue to maintain a foothold upon generations of young men in the region? This reality has been known for years and is likely given the sustained anti-West, extremist propaganda and lack of free information flow or cultural access related to the West in regions of the world where Taliban fighters can be recruited, coerced, bought or indoctrinated. In yet another sense, Perhaps warfare has simply become so firmly woven into the fabric of a certain collective identity or broad consciousness, that many would-be Taliban fighters simply cannot envision alternative ways of life.