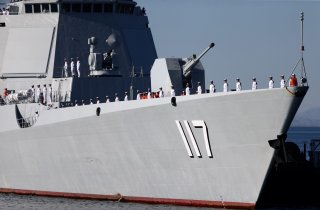 Washington and Beijing are breathing threats against each other, trading sanctions and condemnation apace.

The recent escalation alone is dizzying. Just recently, the United States took the step of ordering China to close its consulate in Houston. National Security Advisor Robert O’Brien pledged continued U.S. opposition to China’s growing tally of abuses of the Uighur people. One day later, Beijing announced sanctions against four American officials, including three members of Congress, in retaliation for U.S. sanctions against three Chinese officials. The same day, Secretary of State Mike Pompeo officially sided the United States with China’s adversaries in its claims on the South China Sea, declaring the United States will “not allow Beijing to treat the South China Sea as its maritime empire.” The Trump administration issued more sanctions against Chinese officials and banks for Beijing’s increasingly authoritarian rule over Hong Kong. Trump also signed an executive order eliminating special trade relations with Hong Kong and promised further tariffs on Chinese goods. In response, Beijing vowed to protect “its legitimate interests” with even more sanctions “against related U.S. institutions and individuals.”

If there is any interest in de-escalation on either side, it is certainly not in public evidence.

Serious disputes between the United States and China are piling up: trade, the South China Sea, relations with North Korea, the coronavirus pandemic, the Uighurs, Hong Kong, election meddling, and alleged social media surveillance of Americans. Calls for, warnings against, and announcements of a new Cold War with China are multiplying—and O’Brien’s recent op-ed encourages that framework. “If the past century has shown us anything, it is that dangerous ideologies backed by powerful states rarely confine their malign conduct within their own borders,” he concluded an essay that began with a vehement denunciation of “Marxism-Leninism, the self-proclaimed ideology of the Chinese Communist Party.” That sounds like a containment policy in the works.

The appeal of a Cold War approach is obvious. The Chinese government is indeed a communist despotism, more like the old Soviet Union than we often realize. There was no Chinese glasnost or perestroika. What Beijing is doing in Hong Kong, to the Uighurs, and in its malignant surveillance state deserves every censure O’Brien pronounced. A new Cold War offers familiarity and at least an illusion of moral clarity: us against a new(ish) evil empire.

But it is important to remember what else it offers—and its limitations. The Cold War never erupted into open, large-scale conflict with the Soviets, but it was hardly bloodless or costless. It gave us the wars in Korea and Vietnam, the Bay of Pigs invasion and the Cuban Missile Crisis. A Cold War redux could pawn similar proxy fights or jump straight to a military confrontation between two nuclear powers. It is not necessary to our security—China is significantly a regional power focused on internal and regional issues which do not affect U.S. interests—on the contrary, it would be a source of incredible risk.

This new Cold War would also spike military spending (and perhaps a new arms race) at a time when the Pentagon budget and the federal deficit are reaching historic heights. It would do serious damage to an American economy already struggling with the effects of the pandemic, because the U.S.-Chinese economic relationship is far more significant than U.S.-Soviet engagement when the first Cold War began. And only the naïve could imagine Americans’ civil liberties would escape this new conflict as intact as they are now. A Cold War will not improve our politics, protect our rights, or add to our quality of life.

But for all those risks, a new Cold War with China comes with no guarantee of an outcome analogous to the dissolution of the Soviet Union—or even smaller-scale successes in forcing Beijing to comply with U.S. demands regarding Hong Kong or anything else. The last two decades of foreign policy failure have demonstrated that not even a superpower can expect to achieve the sort of control over other nations’ internal affairs that Washington habitually seeks. That is even more true when the other nation is a fellow great power, not a failed state or a tinpot dictatorship with a fraction of China’s wealth and strength.

Our government should not dissemble in its dealings with Beijing, but it must de-escalate. Resilient, realist diplomacy is the best way to address U.S.-Chinese discord without making matters worse for Americans and the ordinary people suffering Beijing’s rule.