Is Donald Trump About to Make Peace with the Taliban? 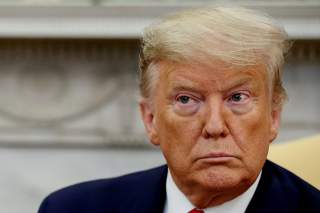 Before President Donald Trump scuttled the talks last September, the United States and the Taliban were the closest they had ever been to sign an agreement since the war in Afghanistan began 18 years ago. Now, three months after those talks resumed thanks in part to a prisoner exchange that swapped two western professors in Taliban custody for three of the movement’s commanders, U.S. and Taliban negotiators are really, really close—so close, in fact, that a deal could be announced within a matter of days.

According to Secretary of Defense Mark Esper, there is a deal on the table that could decrease the violence substantially and lead to the intra-Afghan political negotiations Washington has been advocating for. "The best if not only way forward is a political agreement,” Esper said as he attended the NATO Defense Ministerial Conference in Brussels. “We have the basis for one on the table...I think peace deserves a chance, but it will demand all parties to comply with their obligations, if we move forward.”

Therein lies the rub: all parties need to actually implement what they signed up to. If that first, crucial step doesn’t happen, the entire diplomatic edifice could collapse as quickly as Trump tweeting about his political enemies.

In order for negotiations between the Taliban and the Afghan government to commence, a seven-day reduction in hostilities must be implemented. Major attacks in cities, highways, and other population centers must decrease dramatically, alongside a reduction in U.S. military operations against the Taliban. Assuming those conditions are met, the Taliban would quickly enter into a dialogue with other Afghan stakeholders about Afghanistan’s future.

The details, however, will make or break the longevity of this agreement. And the simple fact is we don’t know what those details look like or whether they have even been fully hashed out yet.

Here are three key questions to look out for as the U.S.-Taliban deal is rolled out.

A complete and total elimination of violence across Afghanistan is difficult to imagine. Indeed, the Taliban have stated consistently to U.S. envoy Zal Khalilzad that a nationwide ceasefire was never an option and that the Americans would be jeopardizing the discussions if they insisted on it as a condition. But the phrase “reduction in violence” is not clear either; the United States and the Taliban likely have different interpretations of what this means, which is why the talks have dragged out for over a year. Would a Taliban attack on an Afghan army convoy be labeled as a violation of the terms, or does this fall below the threshold? If, hypothetically, the U.S. Air Force spots movement that suggests a Taliban ambush or attack against an Afghan army checkpoint or base, can Washington respond militarily to prevent the attack from occurring? Will the United States hold the Taliban leadership responsible for rogue, hardline Taliban commanders taking matters into their own hands (the spring fighting season is just around the corner, after all)? Or is there some leeway built into the agreement?

2. When can U.S. troops finally leave?

Assuming the U.S.-Taliban accord proceeds past the first stage, thousands of U.S. troops will wind down their operations and redeploy stateside (in reality, the United States doesn’t need a deal with the Taliban to withdraw from Afghanistan). The extent of that redeployment, however, is still murky. Reports suggest the U.S. troop presence in the country will decrease from the current 12,000-13,000 to roughly 8,000-9,000. What we don’t know is how long the remainder will stay in the war zone. Will the Trump administration keep those soldiers in Afghanistan until Afghan negotiators arrive at a consensus on how their nation is governed in the future? If the answer is yes, U.S. troops could very well be on Afghan soil for years and years; given the various issues at stake (power-sharing in Kabul; Taliban participation in the ministries, provincial capitals, and district administrations; the demobilization and reintegration of Taliban foot-soldiers and their reintegration into the Afghan national security forces; how many Taliban prisoners will be released and when they will be released, etc), nobody is expecting intra-Afghan negotiations to go smoothly, let alone come to a successful conclusion. If the talks reach a stalemate, the Trump administration will need to determine if a full U.S. withdrawal will proceed unilaterally or if withdrawal should wait.

3. What is the Taliban’s definition of “withdrawal?

We know that the Taliban’s main objective is the full withdrawal of U.S. troops. What we don’t know is whether the group will demand the withdrawal of U.S. intelligence personnel as well. Taliban officials likely consider a U.S. intelligence presence in Afghanistan as an extension of the U.S. military presence, which would suggest that there isn’t much wiggle-room on this subject for Washington. Alternatively, there is a possibility that the Taliban could view the presence of the U.S. intelligence apparatus as a blessing-in-disguise as the group attempts to clear out the Islamic State in the mountains of Eastern Afghanistan. History is filled with cases of adversaries turning into pragmatic collaborators against a mutual enemy. Could ISIS serve as that mutual enemy for the United States and the Taliban?

We won’t know any of these details until the U.S.-Taliban agreement is released in full. Even then, there may be questions that aren’t fully answered.