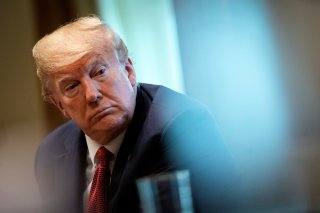 Just as the Trump administration disastrously mishandled testing for COVID-19, so too are administration officials botching their response internationally. Last week Secretary of State Mike Pompeo managed to simultaneously discourage cooperation with China and Europe. It was a bravura performance.

America and Europe are in the throes of the crisis which the People’s Republic of China endured during the first two months of the year. Infections, hospitalizations, and deaths rocket upward. Equipment and supply shortages hamper treatment. Policymakers disagree over the next steps to take, especially when to ease economic restrictions.

Saving lives, finding long-term treatments and vaccines, and preparing economic recovery should be Washington’s top priorities. Its allies, certainly, as well as the PRC and most other nations, share these objectives. That should have topped the list for the recent meeting of G-7 foreign ministers via video conference.

The G-7 is made up of the seven Western, industrialized states with the largest economies: U.S., Japan, Germany, United Kingdom, France, Italy, and Canada. America now has the world’s largest coronavirus caseload. German society has publicly shut down. Infections and deaths in the UK have reached critical levels. Casualties are rising rapidly in France. Italy is in genuine crisis, though deaths finally appear to have peaked. Only Canada remains relatively unscathed; even there, the prime minister’s wife was infected and the government closed the nation’s borders.

Everyone agreed on the need to work together, but the ministers could not agree on a communique. A similar meeting of G-7 finance ministers and central bank heads the day before had no such problem. It seems Pompeo would not agree to any statement that did not label COVID-19 as the “Wuhan virus.”

Obviously, cooperation can proceed without a communique. However, the result highlighted Western disunity. Moreover, Pompeo’s performance reflected a hostile attitude that discourages cooperation with the Chinese and Europeans. Such myopia is unconscionable at a time when Americans are dying, the economy is moribund, and American society is locked down.

At his post-meeting press conference—there was no joint session—he said that the “Wuhan virus” was “the most pressing agenda item.” He reported that the attendees agreed to fight the disease “with transparency, as is necessary around the world.” He then purported to speak for his missing colleagues: “Every one of the nations that was at that meeting this morning was deeply aware of the disinformation campaign that the Chinese Communist Party is engaged in to try and deflect from what has really taken place here.”

All were aware but none were interested in initiating a pissing contest with Beijing when ending the pandemic was their overriding goal. An anonymous European diplomat told CNN: "What the State Department has suggested is a red line. You cannot agree with this branding of this virus and trying to communicate this." Even President Donald Trump has dropped his references to the “China virus” and “Chinese virus.” So exactly what did Pompeo hope to achieve?

Yes, the Xi government mishandled the emergence of COVID-19. So did most other governments, especially the Trump administration, which had a couple of months to prepare, but didn’t. Washington did not even have sufficient tests available when the crisis hit.

True, Beijing’s behavior involved commission as well as omission, failing to alert other nations, delaying the quarantine of Wuhan residents, and punishing Chinese doctors who sought to warn their colleague and others who reported on events in Wuhan. Nevertheless, the Xi regime did not design, create, or spread the virus. Other than censorship—a massive failing that taints the PRC’s performance and reputation in all areas—its mistakes reflected being first in line. In fact, several other governments made similar errors.

Nor does campaigning to label the virus as Chinese achieve anything. The effort is easily dismissed for its hostile motive and even if successful would do nothing to establish blame. Certainly, Pompeo and others, including the president, should respond sharply when Chinese government officials and others accuse Americans of creating the virus. However, there is a time and place to confront the PRC over its missteps, while acknowledging America’s and Europe’s own. Politicizing the pandemic while nations are in crisis and people are dying diminishes Washington’s credibility.

Consider the G-7 members. All are struggling. Italy even requested aid from the European Union, but received only closed borders in return. Beijing sent personnel and materiel. That may have been a political gesture intended to win public plaudits. Nevertheless, assistance was useful. Other European governments would benefit from the same.

As would America, if the Trump administration could look beyond politics. Instead, Pompeo complained about the Chinese helping other governments and then "claiming that they are now the white hat."

No wonder none of the other foreign minister backed Pompeo’s effort. French Foreign Minister Yves Le Drian even issued a statement in which he “underscored the need to combat any attempt to exploit the crisis for political purposes and expressed the view that the unity of all in order to effectively combat the pandemic must now take precedence over any other considerations.”

In short, the secretary appears to be tone-deaf as well as arrogant. He has consistently assumed that the Europeans would succumb to U.S. pressure despite their equally consistent refusal to do so—such as when they essentially chose the mullahs over Pompeo to defend the nuclear deal with Iran.

China poses a challenge for U.S. policy. But that issue should be addressed in the future. The immediate imperative is to defeat COVID-19. Secretary Pompeo’s blundering performance suggests that the administration is as incapable of competently conducting foreign policy as combatting the coronavirus.