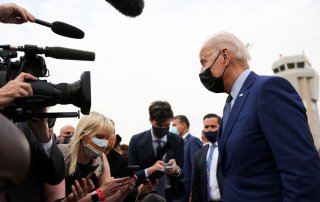 Washington and Moscow are working out the details of a summit between President Joe Biden and Russian president Vladimir Putin, a senior Kremlin official recently said, likely to be held in a third country in June when Biden visits Europe for G7 and NATO gatherings.

The summit invitation from Washington came at a tense and contradictory moment in U.S.-Russian relations. Biden made the offer shortly after calling Putin a killer and shortly before imposing new sanctions on Russia in retaliation for an allegedly Kremlin-linked cyberattack late last year. But he said he wants to talk to Putin to normalize engagement and avoid a cycle of escalation and conflict with Russia. Moscow said it received the invitation positively, yet the Kremlin had recently recalled its ambassador to the United States, accusing the Biden and Trump administrations of deliberately making steps to bring bilateral interaction into a deadlock.

Suffice it to say the tone and outcome of this summit are uncertain. In the six weeks or so Biden has before the meeting, however, he can begin reorienting the U.S.-Russia relationship with four strategic pivots.

First, top-level diplomacy like the summit is symbolically important and occasionally will produce major breakthroughs. But Biden shouldn’t overvalue his summit with Putin, a mistake his predecessor frequently made with antagonistic nations (especially North Korea). He should prioritize routine, productive communication between the two governments as well as working-level talks on points of friction.

One pressing project here is returning the U.S. ambassador to Russia to our embassy in Moscow and the Russian ambassador to the United States to their outpost in Washington. Another is building on Biden’s wise decision to renew the New START treaty by reviving the Open Skies and Intermediate-Range Nuclear Forces treaties, both of which were jettisoned by the Trump administration. These arms control deals are a de-escalatory infrastructure Biden should reconstruct if at all possible.

Next, Biden should actively reduce opportunities for the United States and Russia to stumble into military conflict. Bringing back Open Skies is a piece of this, but so is ending ongoing U.S. military intervention in Syria, where Russia too has forces afield. The U.S. deployment in Syria is fairly small now, numbering around one thousand and tasked with fighting lingering remnants of the Islamic State and precluding access to oil resources by Russia, Iran, and the Syrian regime (all of which also oppose the Islamic State). Though U.S. and Russian forces are not formally fighting in Syria, U.S. troops have clashed with Russian mercenaries. Moreover, the proximity is inherently risky, and it is a needless risk.

Similarly crucial here is steering clear of Russian deployments in Eastern Europe, particularly Ukraine, where Russia is currently drawing down its troop presence. Even if that drawdown is reversed, however, it will remain the case that U.S. security interests are not sufficient here to justify the chance of open war with Russia. Vital interests affect the safety, sovereignty, territorial integrity, and power position of the United States, as MIT’s Barry Posen has explained. If, in a worst-case scenario, all of Ukraine were to “fall” to Russia, then it would have little impact on the security of the United States.

The third pivot is relying on good defense and the moral leadership of a good example rather than attempted coercion—especially through overuse of sanctions, which have a very poor record of actually changing target states’ behavior. Biden’s newest sanctions on Moscow are layered atop hundreds of others. Those have mostly been ignored, and additional sanctions will be too whenever Putin believes core Russian interests are at stake. Thus, for example, U.S. sanctions intended to halt the persecution of Kremlin critic Alexei Navalny and his movement are almost certain to fail, exacerbating strife between Washington and Moscow while accomplishing nothing for democratic activists in Russia. The United States should remain the well-wisher to the freedom and independence of all but the champion and vindicator only of her own.

The final pivot is one Biden has already gestured toward in his calls for normalcy and de-escalation: The primary goal of Washington’s strategy with Moscow must always be peace. The Cold War is over, but our two countries retain the planet’s largest nuclear arsenals by far. In the worst-case scenario, breaching the peace could mean the end of the world as we know it. That reality should inform and caution Biden’s moves with Russia at the summit and beyond.